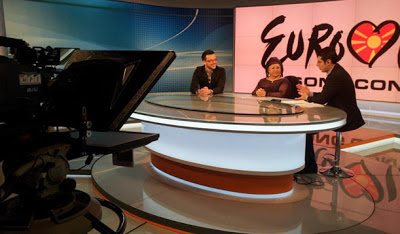 Some news coming from FYR Macedonia here! The song for Vlatko Lozanoski and Esma Redžepova is currently in working and will be ready for the end of February!

The Macedonian track will be called Opsesija which means Obsession, this still may be changed but it's likely to be called that. Macedonian press report the song is going to be "ethno pop" and an English version will also be made. It's already been confirmed that the duo will present their song in Macedonian in May. I am looking forward to it but it's going to be weird as they are two completely different singers, it could be a real gem! Simeon Atanasov, one Esma’s sons, has written it.

I'm delighted Esma will be singing for Macedonia, the queen of gypsy music...