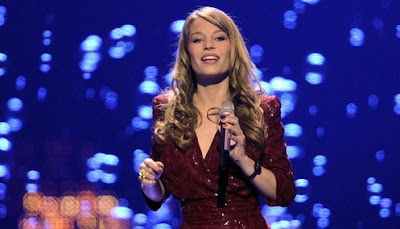 Anna Rossinelli has only uploaded Let It Go today onto YouTube! It's her new single and will feature on her upcoming album which will be released May 3rd.

I like it, it's a funky little song and is very catchy. Her new album will really be a great one - her songs cover a wide range of styles which is great! I still don't think she deserved last place in 2011, but at least Switzerland made the final - I think the Heilsarmee will make it this year too which is good for Switzerland! Her knew song has already received positive reactions among the Swiss Europeans! All I can say is... Bravo Rossinelli! Plus she's looking great...

Marylou, her new album, will be out in May but for now listen and let go...