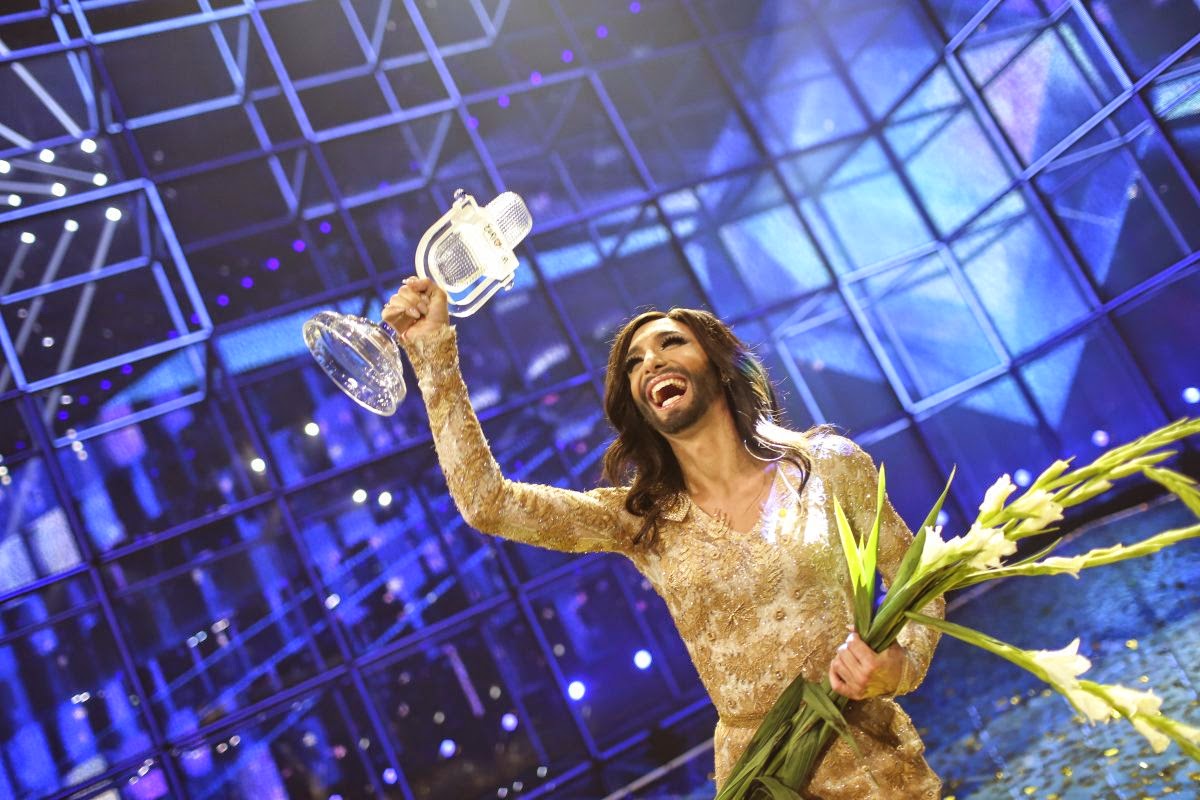 CONGRATULATIONS AUSTRIA! Conchita Wurst won the 59th Eurovision Song Contest last night, and rightfully so. It's a song contest and she defiantly had one of the strongest songs. Of-course some people are unhappy about her win, but I'm delighted! I was pleasantly surprised to see countries like Russia, Georgia and Israel award points to Conchita. It's been confirmed officially that Austria will indeed hold next year's contest.

"The Bearded Lady" said this in the winners press conference:


"I felt like tonight Europe showed that we are a community of respect and tolerance,"

I'm proud of Eurovision. She touched the hearts of millions across Europe - and that's why people voted for her! Everyone should believe in who they are.. what a fantastic message! Conchita also said that people can achieve anything they want if they be themselves. I saw loads and loads of Tweets saying "Rise Like A Phoenix" could be the next Bond theme. It's Austria's first win since 1966. Here are the full results: 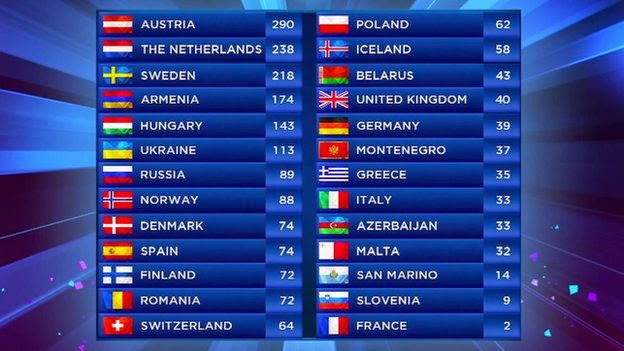 The Netherlands and Sweden came 2nd and 3rd, respectably! I really thought the Dutch were going to win after their stunning performance - it was so beautiful. Ruth came 10th and I'm pleased about that. Her voice was just amazing! But isn't it disappointing for Molly? 17th isn't terrible but I thought she would have done so much better.. I guess the draw killed her, but I'm proud of our representation. Russia came 7th, which didn't impress fans in the hall. The Tolmachevy Sisters got booed when they were awarded 12 points from some countries.. I felt sorry for those girls. Armenia, the big favourite before the contest, came a very respectable 4th. I think a few countries were underrated.. Emma should have done so much better than 21st and Firelight should have achieved top ten. TWIN TWIN (Oh yeah!) came last. This is the first time France have come last. Slovenia also achieved a low position but I was just happy to see them in the final. Same with Valentina, she only achieved 24th but it's a massive achievement in itself for San Marino to qualify for the grand final! Azerbaijan didn't make the top ten for the first time ever... It was a nice song but not strong enough I guess.

The semi-final results have also been revealed and The Netherlands and Austria won their semis. No surprises. Georgia and Moldova came last in the respective semis and Portugal was only one point away from qualifier!!! How annoying... And Israel came 14th (out of 15). I'm shocked and surprised. Mei should have been top five in the final. I wonder why the result of Europe didn't like it? Still, Israel will remain one of my favourites of ESC 2014! Thank you Copenhagen, for an amazing show. It's been another great year. Probably my favourite ever.. I'm mostly satisfied with the results. So, that's it for another year... The road to Austria has begun!
Posted by Jack Voda at 11:31