UK: Ruth Lorenzo - "I'd like to represent UK in Eurovision!" 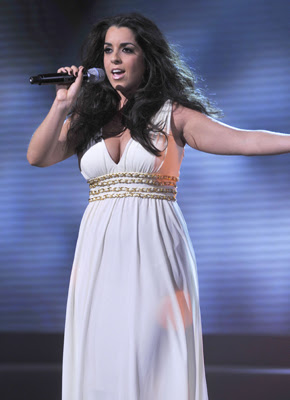 I'd love her to represent the UK in Eurovision, too! La beautiful Ruth Lorenzo has been speaking to the Daily Express and she told them that participation in Europe's favourite TV show is something she would love to do.

She told them that she's been asked in the past to represent Spain but didn't feel like it was the right time... Will 2014 be the right time? Maybe! But if she does participate, it will be for the UK and not her native Spain. She's fantastic and has always said she's had a soft spot for ESC. This could be what the UK has been waiting for. Ruth is awesome, she came forth in The X Factor 2008 and Simon Cowell is even one of her biggest fans. This is what she said...


I have been asked. I guess I'm just waiting for the right time. I wouldn't say no. I'd love to do it for the UK

Here is her new single which has already reached number 16 in the official Spanish charts and that's with no promotion! You can enjoy some of her covers here, here and here!
Posted by Jack Voda at 14:36