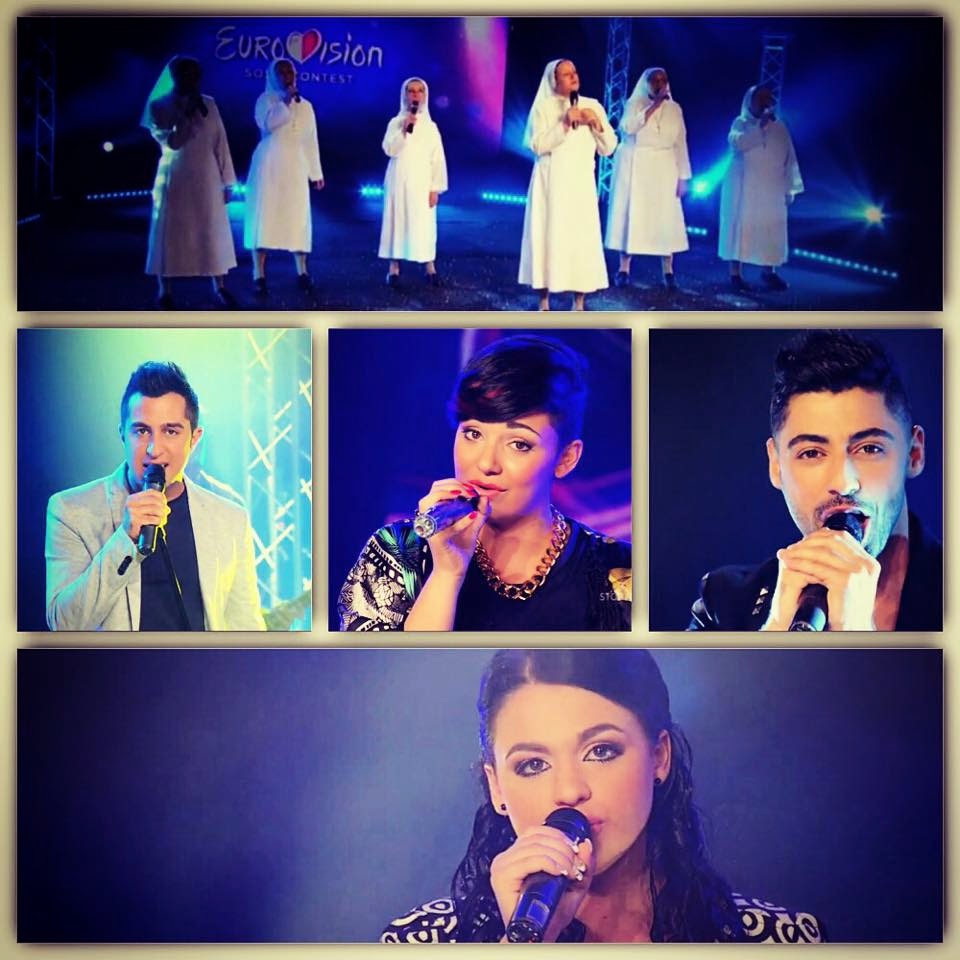 Twenty acts are in the running to fly the Maltese flag, and I've decided to review every song in the lead up to Malta's selection. It would be a bit tedious to review all twenty songs in one hit so I'll be doing it in four parts. Here's part one!

Raquel - Stop Haunting Me
Firstly, we have Stop Haunting Me by Raquel. This song is different and I like it. She looks stunning. Maybe this could be a dark horse? I really think Raquel could do well. The Maltese jury will love this and if the public get behind her, too - she could indeed be the one heading to Vienna. 10/12

Glen Vella - Breakaway
Glen Vella returns after representing Malta in 2011 with One Life. This blogger doesn't exactly love Breakaway but it's better than I expected. Don't think he'll win the selection but Glen has a chance to do well, if the live performance is good. 6/12

Dominic - Once in a While
Sorry, but Once in a While is absolutely ghastly. Sounds like it could have been Malta's entry in 1989. Don't like this one at all. Really hope it won't even make the final on 22nd November.. Do you like it? I give it 2/12

Danica Muscat - Close Your Eyes
Danica Muscat's entry isn't very memorable, I'm afraid. Close your Eyes is a gentle ballad however I don't think she will win... I doubt Danica even make the final itself but she has a lovely voice. Pleasant although it won't make any impact. 5/12

Ekklesia - Love and Let Go
What can I say about this one?! I appreciate the song has a good message and the nuns look so sweet - but it's 2014... The lyrics are cringe-worthy but the tune somehow stays in my head. Could this one win? Maybe. I don't think the juries will like it, though. If they do win, they'd have to ditch the nuns costume anyway because as religious material isn't allowed. 3/10