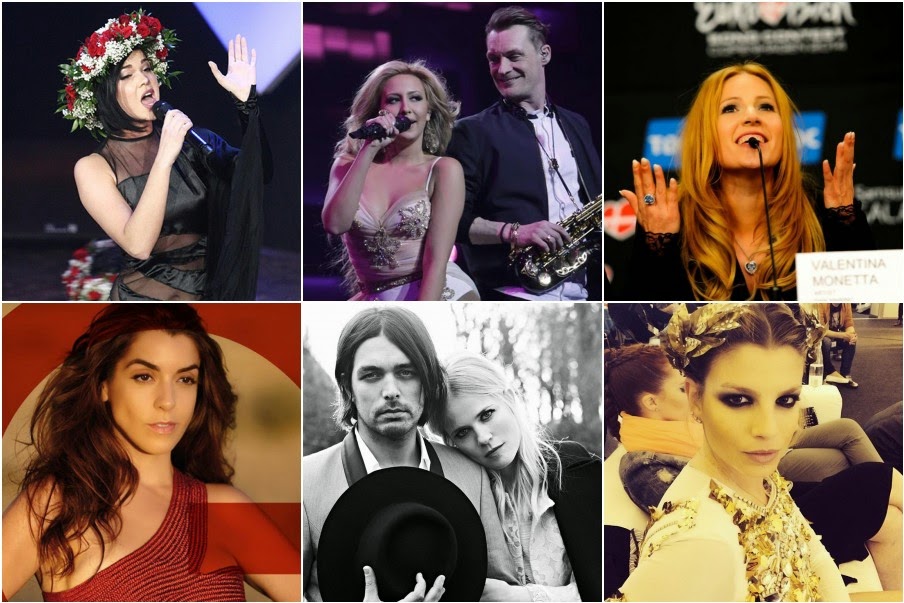 2014 has been a fantastic year for music, hasn't it? I have enjoyed so many songs so I thought I'd share some of my favourites. Enjoy!!

6th: Samanta Tina - Stay
Samanta Tina has been trying for many years to represent Latvia and unfortunately 2014 wasn't her year. She placed 3rd in the Latvian national final. She always sounds and looks fantastic. This blogger would love to see her represent the Baltic nation. Her semi-final performance was perfect...


5th: Michael Rune feat. Natascha Bessez - Wanna Be Loved
Danish saxophonist Michael Rune and American beauty Natascha Bessez entered the Danish selection and came 2nd. I was gutted when they didn't win. Their song was fantastic. Amazing lyrics, great chorus and they could've been one of my favourites in Eurovision 2014. This is probably my most played song of 2014.


4th: Valentina Monetta - Maybe
Valentina Monetta finally brought San Marino into the final for the first time ever and Maybe will always have a special place in my heart. We have all followed Valentina on her 'Eurovision journey' and to see her successful, on the third attempt, well it was delightful! No one deserved it more than Vale! And I was lucky enough to interview her back in April. Check that out here.


3th: Ruth Lorenzo - Gigantes
Ruth Lorenzo released a fantastic album in October. My favourite song from that album is Gigantes along with her Eurovision entry, Dancing In The Rain. This blogger has loved Ruth since The X Factor 2008. Defiantly an amazing song that could've been top five in Eurovision and even a potential winner.....


2nd: The Common Linnets - Broken But Home
Conchita may have won Eurovision although The Common Linnets were the most successful following the contest, as their Eurovision song charted in 20 countries and even achieved #9 in the UK charts. It was absolutely awesome hearing their song on the radio. Meanwhile, many non-Eurovision fans even praised the song showing that there's more to the contest than just shouty ballads and bubblegum pop - they did a marvelous job. This blogger purchased their their album and my favourite song from that album was Broken But Home. The best album of 2014 of sure.


1st: Emma - La mia città!
Many people won't agree with me here but La mia città is the best song of 2014 by far and without a doubt my favourite - I adore it! The Italian entry didn't fare very well in the contest though but I don't care, Emma did a marvelous job. Her song was a domestic hit and was certificated Gold. I LOVE THIS SONG!!


Thank you to everyone who has followed this blog throughout 2014 and has supported me. Happy New Year!
Posted by Jack Voda at 10:04

Email ThisBlogThis!Share to TwitterShare to FacebookShare to Pinterest
Labels: Specials