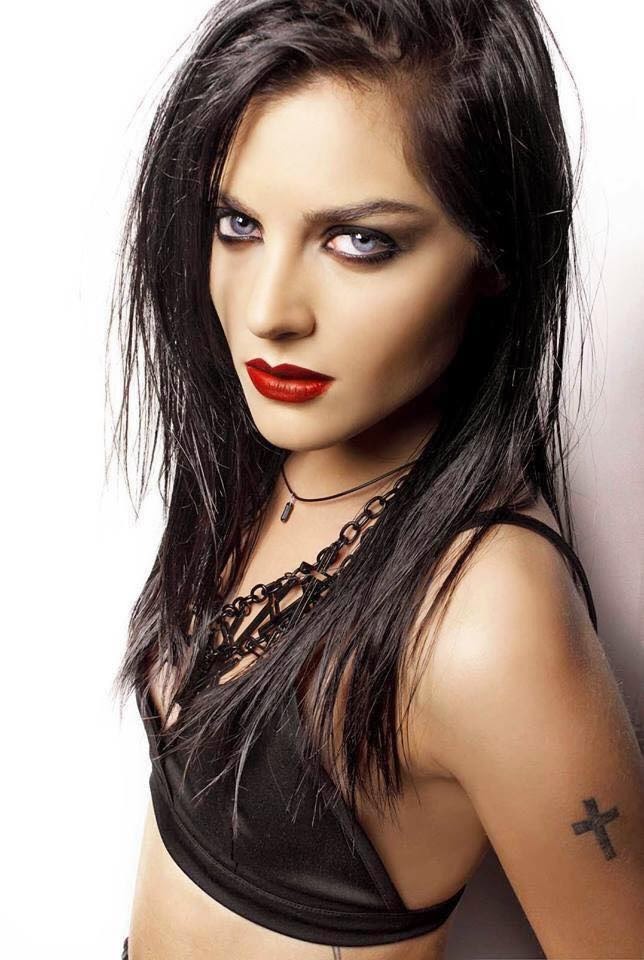 Nina Sublatti is the big favourite to take the crown in Georgia and represent her country in Vienna. I was fortunate enough to speak with her about her latest projects. Enjoy!

Jack - Firstly, I'd like to say a massive thank you for agreeing to do this interview. I'm a big fan!

Nina - Thank you too for being that cute!

Jack - Why did you decide to enter the Georgian selection?

Nina - Taking part in the Eurovision is very important thing for Georgia. I’ll try to explain why: Georgia is very small country, there are many talented people here who’s trying hard to go out and work in Europe. So I think that project is great chance for Georgian artists to show their work to the world. To be honest I was not interested to take part in the national final, I was working on my second album but my fans asked me to write some song for Eurovision. They were asking me to do that about 6 months, so I did that.. After several years of watching the Eurovision, I have developed an opinion about how to present Georgia so I hope that people will give me a chance to do that.

Jack - Can you tell us some information about your song? Did you compose it especially for Eurovision?

Nina - I wrote the song about me and generally about Georgian women. If we look at the history of Georgia, we see that women have always been important figures. They simply sought to be good women, good mothers, good teachers. The Georgian woman has to be able to control her temper and raise her child as a warrior. So, she became a warrior. In Georgian I chose the title “Mother Man”. Unfortunately, this word does not exist in other languages, and because of this I called it “Warrior”. I created the song ”Warrior” — the text, music and everything else belongs to me. I had to submit several versions for the competition, but none were satisfying. They didn’t have enough salt. At 4 o’clock at night, when I thought that all hope of writing the song was gone, I decided to write the last one. And if I didn’t like that one I would not take a part in a competition. I started to meditade. I gethered all my energy and I sang a melody with its lyrics. I liked it. I spent approximately 30 minutes on its structure. At last I sat down and by 7 o’clock I had finished it. I spent a few days thinking about the song, because the Eurovision format is different from my genre, which is ambient, psychedelic and alternative. So it took me a little time to rearrange it as pop music.

Jack - Your song is the clear favourite to win the Georgian selection, what does it mean for you to have so much support from people across Europe and the whole world?

Nina - Well, let's see. National final results will be published on 14th January. As I said it's very hard to go out and work in Europe for Georgians. We work hard, we try hard but there's still huge distance between me and you... For me, as an artist the main thing is to make people listen my music. I was born to share my creature. That's why I decided to take part in national selection of Eurovision. I really would like to go out in Europe and take new experience.

Jack - If you do win the Georgian national final, can you reveal any details about your performance in Vienna?

Nina - Let's just wait and see what will happen

Jack - What would it mean for you to represent your country in Eurovision?

Nina - Oh, that would be taking responsibility to show your best without any budget. That's very very hard!

Jack - Are you a fan of Eurovision? Did you watch the 2014 contest?

Nina - I started watching Eurovision from the first Georgian singers performance, don't really remember the date. So i did watch 2014 contest. I will watch 2015's too.

Jack - Could you tell us something about yourself that people won't necessarily know?

Nina - Oh well, there's too many things to tell. My latest news is that I'm working on my second album and preparing to open my own fashion clothes and accessories line. Besides that I'm a vocal coach and imagemaker. I was studying in art school, than in Tbilisi state academy of art, now I'm in Tbilisi State Conservatoire, learning music technologies.. No really! There's too many things!

Jack - It's been an absolute pleasure, Nina! I wish you the best of luck! Thank you so much..

Nina - Thank you very much! for the interview and for warm wishes! Good luck!

The Georgian representative will be chosen on 14th January. Enjoy Nina's song below: