Australia: Will SBS select The Veronicas or Kylie Minogue for Vienna?

Who will SBS send to Eurovision? Here's a quick look at two artists which I think would be absolutely fantastic.

The Veronicas are an Italian-Australian duo by identical twins and they have tweeted that they're interested in representing Australia in the contest. Listen to their latest single, You Ruin Me, here. Could this be Australia's entry? Such a beautiful song - and they are incredible live! I would be delighted if they were chosen.... 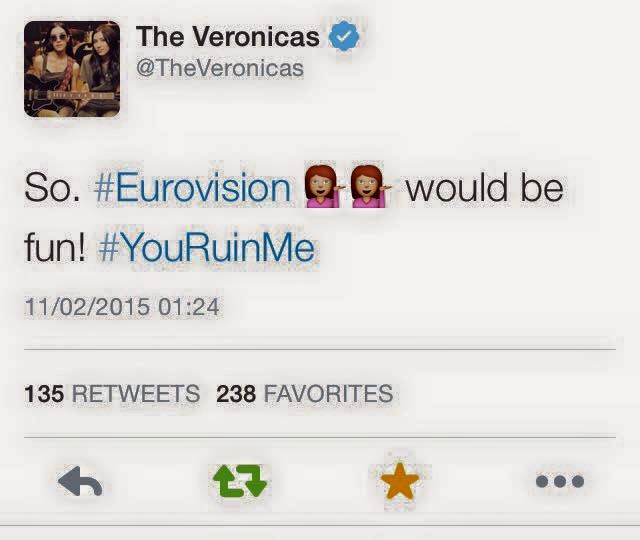 I don't think Kylie Minogue needs an introduction, does she? She's arguably the most well-known Aussie in the world and has sold over 70 million records. She would be the ideal choice for Eurovision. Everyone loves her. Kylie's recently worked with Italian producer Giorgio Moroder and their new song can be heard below:


Several petitions are calling for SBS to select Kylie with this song..  Is it Eurovision material? An official announcement is due for early March.
Posted by Jack Voda at 19:13