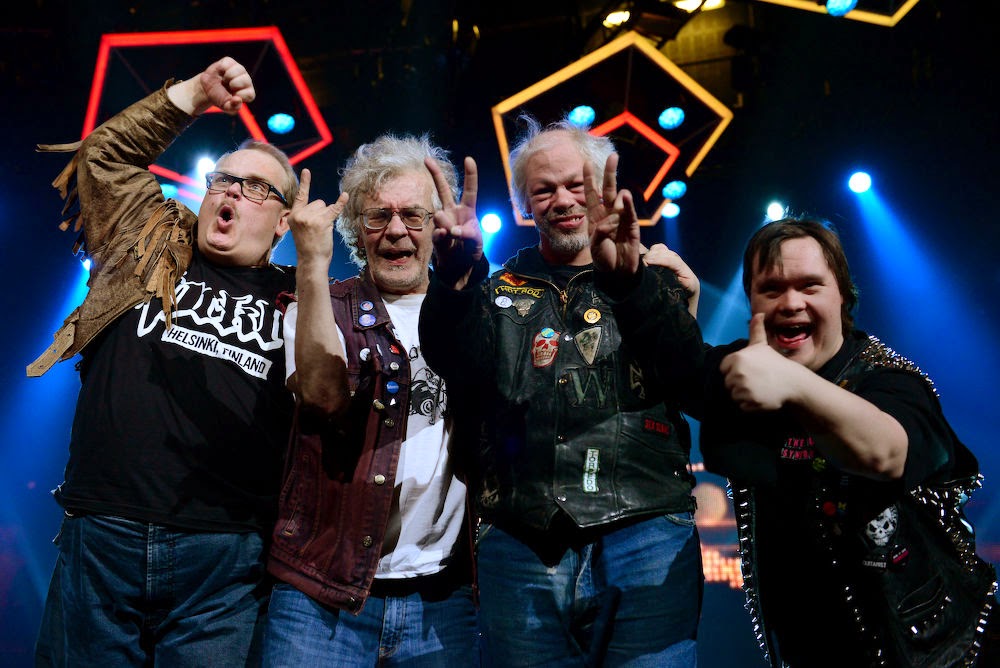 Pertti Kurikan Nimipäivä have won the right to represent Finland in Vienna. This is a very controversial choice to say the least. Satin Circus came 2nd - and they were much better tonight by all accounts. I don't know how PKN will be received in Vienna. I have no problems whatsoever with their disabilities, I applaud them in that respect as it must take so much courage to participate in such an event - but there's one problem; the song is poor and it doesn't even last two minutes. Hmm.. defiantly not Finland's best but I predict they'll do pretty well in Vienna. Don't know why but I reckon people in general might vote for this, just for the sake of voting.. if that makes sense. Here are the full results from tonight - courtesy of Ilkar at Blog After Helsinki :-) 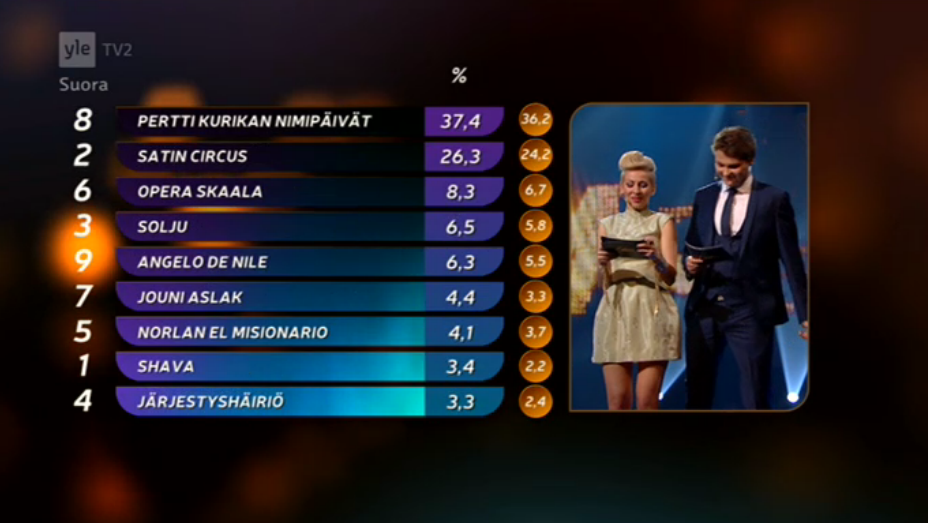