WHO WILL AND WON'T PARTICIPATE IN EUROVISION 2016? 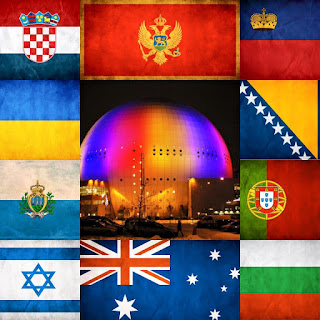 The deadline for countries to apply for participation was 15th September although it's still possible to withdraw up until 10th October without a financial penalty. Ukraine, Bulgaria and Bosnia & Herzegovina have all expressed an interest to return however Bosnia said this last year so I'm trying not to get too excited... but of course it would be awesome to have 'em back. I am thrilled to see Bulgaria and Ukraine return too. Israel will defiantly participate after some doubts and have been allocated to perform in the 2nd semi final, as the 1st semi clashes with Israel's memorial day.

Portugal, Russia and San Marino all remain silent but are expected to be in Stockholm. Maybe. Interestingly, Montenegro announced a few days ago their participation is uncertain. We still don't know what's happening with Croatia but for some reason, I'm not so optimistic.. even though it's been hinted The Voice winner, Nina Kraljic, could fly the Croatian flag.


Liechtenstein defiantly won't compete due to not having the funds to apply for EBU membership. A shame but I'm not surprised. And then we have Australia. Are the Aussies going to become a permanent fixture.. It would be nice for them to stick around but EUROvision? If they stay, there's going to be uproar. Maybe the EBU will invite someone else? China wants to enter and what about Kazakhstan? Will 2016 be the year they debut? Or someone else? Kosovo? Who knows what's going to happen. There's still so many unanswered questions and lot's of uncertainty. It would be awesome to have a record breaking amount of participants next year.
Posted by Jack Voda at 14:18