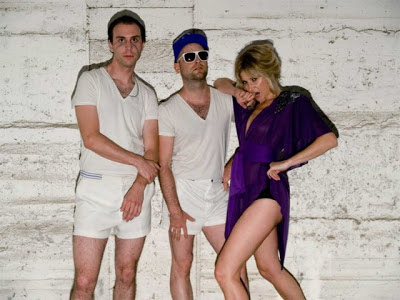 Five acts are in the running to represent Austria, their national final is going to be held this evening. The standard is pretty good, better than last year's abysmal NF! I am hoping for The Bandaloop and Natália Kelly will win...

The Austrian hopefuls won't only perform their own songs but also a previous entry from the Eurovision, which they have selected themselves beforehand!

If I was going to guess the winner it would be Yela, I have a strong feeling the Austrians will go for her - which isn't a problem, she is fine but rather mainstream!

Who do you want to see win tonight? The show is going to be hosted by Mirjam Weichselbraun und Andi Knoll! Who will follow the Trackshittaz?  Judge for yourself... :)