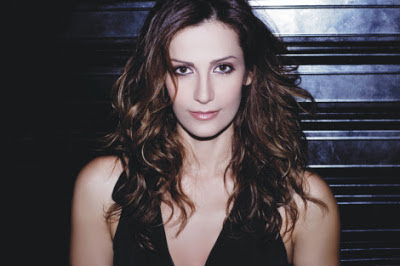 Despina Olympiou has been internally selected to represent Cyprus in Malmo! After several rumours regarding who the Cypriots would send, CyBE have officially put an end to all the drama!

Her song will be a ballad sung in Greek, that sounds very promising! The Cypriot entry will be penned by Andreas Giorgallis and Zenon Zindilis. Despina was rumoured a few weeks ago but it wasn't official... Now it is! I am impressed with Cyprus, another great decision, she has a great voice and it will be in Greek...

What do you think of this decision? The song will be released sometime in February - she will also attend the Greek national final, set for 18th February, so maybe her song will be premiered there?