Finland: Who will be crowned the winner? 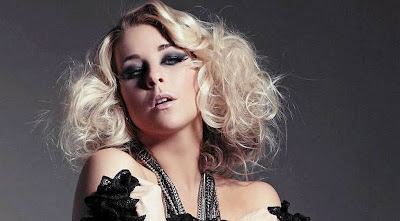 Tonight Uuden Musiikin Kilpailu will come to an explosive end! After weeks of heats and semi finals the final will be held at Espoo - the show will kick of at 20:00 CET.

Unlike previous Finnish selections, there won't be a "superfinal" - the result will be decided by a 5 member jury and televote. So who will have the honour? Mikael Saar is the new favouirte with the bookies however Diandra and Krista are just behind him - it's going to be very close and will depend on the peromnces tonight!

Could Diandra's voice win it for her - she did win the Finnish version of The Voice. Maybe Krista will give one heck of a performance and take it? She does have an amazing stage presents and an awesome voice! Or will the bookies favouirte, Mikael Saari, win? Or maybe an underdog? Let's see tonight!  Here is the line-up...

1. Arion – Lost2. Elina Orkoneva – He’s not my man3. Lucy Was Driving – Dancing all around the universe4. Krista Siegfrids – Marry me5. Last Panda – Saturday night forever6. Mikael Saari – We should be through7. Great Wide North – Flags8. Diandra – Colliding into you