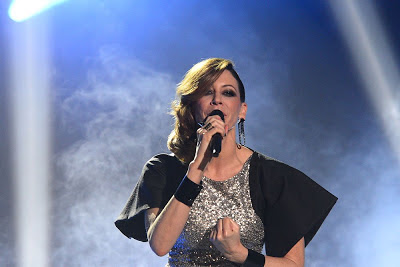 Slovenia presented their entry earlier - it's catchy and cheap... I love it! It's called  Straight Into Love!

The feedback has been very mixed on this one, some say it's trash while others say it's brilliant... It sounds very Scandinavian, like a reject from Melodifestivalan or MGP. Hannah wrote it herself and has been working on it for some months. How will it do in Malmo? I doubt Hannah will pass the semi final... It's like Cascada only she shouts louder. Hannah is miles better than last years Slovenian entry, which came second to last in their semi final! Opinions?

It's electro-pop, I'm actually pleasantly surprised with the Slovenians - I had a feeling she was going to perform a dull ballad! You can hear it see the video underneath...