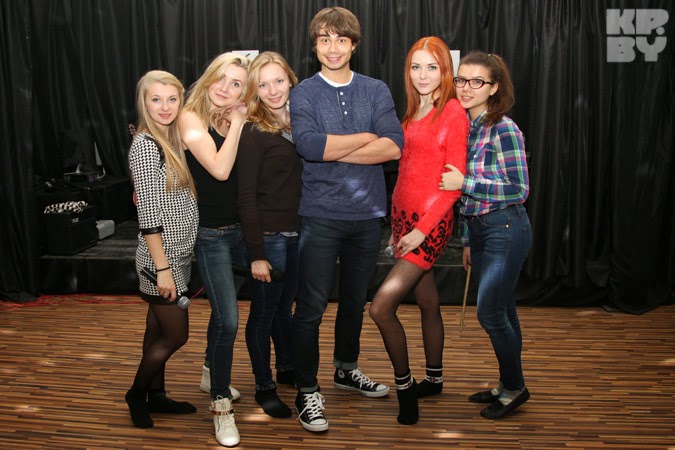 Alexander Rybak wants to return to Eurovision but not as a singer, he wants to compose Belarus's entry for Vienna. He's already held auditions in Belarus to select five talented girls to perform his song. The girls have been chosen and preparations are underway for the national final - scheduled for late January. The girlband don't have a name yet but consist of  Anna Ray, Tanya Stahovskaya, Victoria Nazarko and Taisiya Serikova. Rybak said the song “will show Belarusian soul” and feature the national language. The Norwegian 2009 representative also has a song in the Maltese selection,  Still Here sung by local talent Franklin. Time will tell if he's successful there but I don't think that song is good enough. Meanwhile, other names interested in representing Belarus include Alyona Lanskaya (2013), Napoli and Gunesh.

Source and Photograph - Komsomolskaya Pravda
Posted by Jack Voda at 12:31