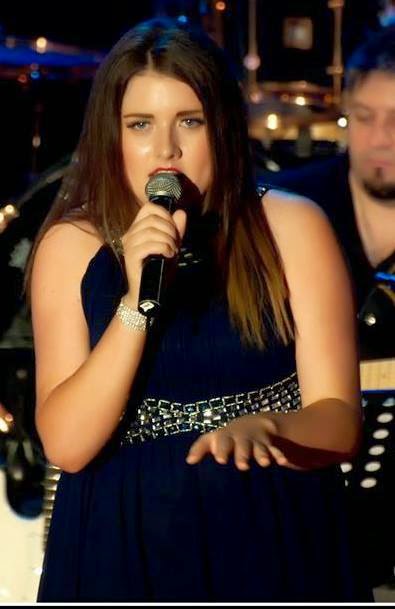 Krystal Mills is a Welsh singer-songwriter aiming to represent The Emerald Isle in Eurovision 2015. She narrowly missed out from competing in the Romanian national final earlier this year with Mircea Cioclei and their beautiful ballad Every Time I See You. Krystal also entered the Swiss selection with Bang Bang Bang but now has her eyes set on flying the Irish flag in Vienna. I was fortunate enough to speak to Krystal about her new single, Conchita Wurst, hunky cowboys and her experience in Romania!

Jack - Why do you want to represent Ireland in Eurovision and not the United Kingdom?

Krystal - Well I wanted to submit a song for Eurovision either for UK or Ireland and just felt that “Hometown” is more suited for Ireland as it has a huge Country Music Fanbase. After I entered for Romania and Switzerland last year I wanted to try closer to home. My nan who passed away was Irish and felt maybe with the luck of the Irish In my blood that I maybe 3rd time lucky.

Jack - Last year, you entered the Swiss and Romanian selections with Bang Bang Bang and Every Time I See You respectively but what song do you prefer?

Krystal - I love both songs as they were both different genres and shown my vocal versatility and each song opened up new opportunities for me. “Bang Bang Bang” was my first ever solo entry which I produced and written and put forward as my Swiss entry for 2014 which had a James Bond Theme to it. However “ETISY” was a beautiful Duet Piano Ballad and gave me an opportunity to travel to Romania and work with some amazing people and songwriters. So out of these I would have to say I love the songs equally for different reasons.

Jack - You toured Romania with Mircea Cioclei to promote your entry earlier this year - how was that for you?

Krystal - It was a great and exciting time for me. It was the first time I had visited Eastern Europe and discover their culture. I was greeted very warmly into their country and gained a lot of respect from the public. It was a long trip to get there and traveling back, but it was defiantly worth it.
(In total it took me about 15hrs to get from Cardiff to Braila as it was a 4hr coach journey traveling with national express coach from Cardiff central station to London Heathrow Terminal 5. Then an extra 2hrs going through security and waiting at the gate. Then 3hrs on British Airways Flight to Bucharest Henri Conda (Otopeni) Airport).

Once I arrived at Bucharest I did feel a little anxious and worried but was warmly greeted my my Eurovision Duo Mircea Cioclei. It was strange as we had only talked on facebook and flying out alone I know that I had to be brave in this business and go out of your comfort zone. I then had a four hour taxi ride from one of Mircea’s friends who kindly gave us a lift from the Airport to Braila (Mircea’s Hometown).

Local Gigs In Braila.
I managed to find a few venues nearby to have us perform our Eurovision Song “Every Time I See You” AKA “ETISY” and also got to perform my own set of original and cover’s for them that night also which a lot were entertained by some Shania Twain song haha. Also performed at a some venues in Bucharest a couple days before I flew home. On certain nights they would also hold karaoke nights of which were run by Mircea’s friends so would perform our single at their venues also to help promote the song.

TV Apperances.
Me and Mircea managed to get a few contacts interested in our story and out of that we got onto TVH (TV Channel) to promote our own songs and to tell the Romanian public about our announcement of putting a song forward for Eurovision 2014.

This was my first Performance on TV and was a great pleasure to perform for the Romanian Public and see them react in a positive response to my country original songs too as I performed my song “He’s an Idiot” on Live TV.-Link to show is here. When we found out we didn't make it. I received a phone call from home back in Cardiff.... (The night before the announcement I couldn’t sleep as I was so anxious to know the result as many others who entered were feeling the same too) My mum was on the other side of the phone to find out that they called out the top 12 who have made it to the national finals. She told me that we didn't make it.

I was absolutely gutted and my heart sank in as it hit me quite a bit as we had so much support and worked hard on this track and working with an amazing team we thought it deserved to be in the top 12. About 5 minutes after I had a knock on the door and it was Mircea and he just looked at me and I said “I know”... However we started talking about promoting it and releasing it soon after including a music video and a performance in Bucharest which was organised by our Romanian short term Manager. Invites back to Romania. This then led onto lots more opportunity’s to perform at various concerts including the George Grigoiu Festival in Braila which I represented the UK and had to sing one of my own songs and a song in Romanian. This festival was also televised by TVR2 (Similar to UK Version of BBC 2)

Overall Experiance
It was a rollercoaster ride but I will never forget the experience and publicity I had and how it helped me to become a stronger person and take bad news on the chin and to keep working at what you love doing and one day someone will listen and fulfil my dream. I will never forget the opportunity and privilege to explore another country and gaining new fans and friends. The Eurovision experience for me has allowed me to acquire lots of connections through Europe who all got the same passion for Eurovision either as performers or promoters. To this day I and Mircea still keep in contact which I know he has continued to stick to his Dance/Clubland and working on new music releases.

Jack - Can you tell us some more details about Hometown? Did you write it especially for Eurovision?

Krystal - Hometown was defiantly made for Eurovision. I knew that I had to plan in advance for 2015 so as soon as the entry date had opened I can send the song in asap. I wanted to choose the perfect song and write the right lyrics for it too as this year I aim for a winning song and hope to sing to 170 million viewers. My swiss entry “Bang Bang Bang” was composed and written by myself however Romanian wasn’t. I want the next song I enter to be written by me. But am proud to be working with another great producer called Russell Steedle based in Hollywood, USA on “Hometown” After not proceeding further with Romania and Switzerland there was no way of stopping me from working harder to get my Eurovision dream to happen into reality and I shall keep at it.

Jack - If you do advance to the Irish national final, what will your performance be like?

Krystal - I have a couple of ideas up my sleeve. I am thinking some hunky cowboys dancers maybe wearing a little waist coat, jeans, Cowboy hat and boots.  Some other ideas but I shall not mention yet. 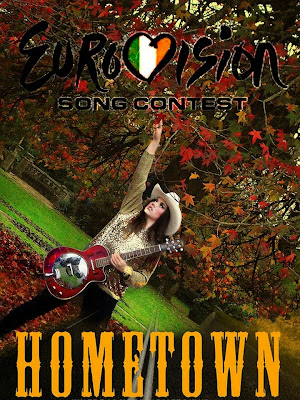 Jack - Did you watch Eurovision 2014? What song was your favourite?

Krystal - Who didn't watch it? Lol.... I love Eurovision! I got to say I even got my top three right in the finals. I had


Jack - Do you think the best song (Conchita Wurst's "Rise Like A Phoenix") won?

Krystal - Absolutely!
The song was a perfect win and May I say had also a “James Bond” theme to it.  Conchita sang the song beautifully! The Stage/Lighting Production team did an amazing job too helping to bring the song to life.

Jack - Have you been to Vienna before?

Krystal - I haven’t myself however my mum went to Austria to compete In Mrs Europe. My mum was representing Wales and her number was “6” so because it’s the 60th anniversary of Eurovision next year I’m hoping it may be a sign I can follow my mums footsteps but instead of a Europe Beauty Pageant it will be a Europe Song Competition. I have seen photos of Austria and looks like a beautiful place. I shall have to brush up on my German If I attend 2015.

Jack - Here are some random questions for my readers to get to know you a little bit better. Where is your favourite place to holiday?

Krystal - That’s such a difficult one.... I have been to Disney Land Paris, Algarve (Villamora, Portugal), Salou & Barcelona (Spain), Shannon (Ireland) and Bucharest & Braila (Romania) – All holidays have been for different reasons and with different people but I like view architecture and historical buildings and being a real tourist. Its sooo difficult but I will have to say probably Portugal because it was a nice family holiday.

Krystal - I love a Jack Daniels and Coke!  any day....anytime

Krystal - Well I can only say my hello’s, goodbye’s and Thankyou’s haha- in French, German, Spanish, Welsh and Romanian. I can say a few swear words in Gaelic and welsh too. Including count to 29 in French and in Welsh. English is my only fluent language...

Krystal - I like to take my dog out for daily walks. But I am mainly busy promoting and designing posters and publicity for my music including emarketing and don’t have a lot of time for anything else. I am always forward planning.

A massive thank you to Krystal for this!! Enjoy a teaser of her new song below..