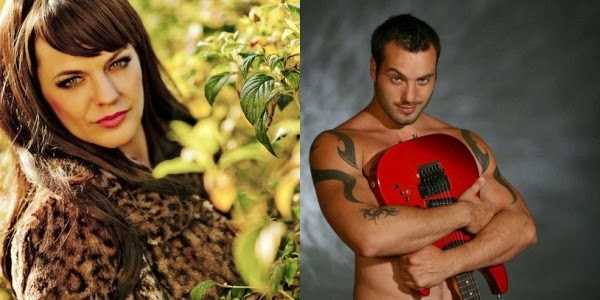 Who expected this? Marta Jandová and Václav Noid Bárta will represent the Czech Republic in Vienna. Hope Never Dies is the selected song and it will be released within due course. Marta is pretty popular in Germany and fronts the band Die Happy, who were reasonable for the big hit Halt Dich An Mir Fest some years ago. She's so excited for Eurovision and had this to say....


For ten years, I have been living in Germany where everybody watches Eurovision, including the toughest rockers who always have a six-pack to go with their TV. It is a major evening for them, one of the reasons probably being they've already won twice. To know that a lot of my German friends will be watching makes the whole thing twice as interesting for me!

Václav Noid Bárta has composed the Czech entry, along with Ondrej Soukup, and is a 34 year old singer who originates from Prague. Here's what he said regarding his upcoming participation in the contest:


I’m really happy, it’s an honour for me. Together with Marta, who’s really experienced, we’ll do the best we can for the Czech Republic. It’s not a big tradition here yet, but I’ve seen it from friends abroad. It’s almost like a national holiday for them.

So the Czechs are returning with a rock ballad?
Posted by Jack Voda at 23:30