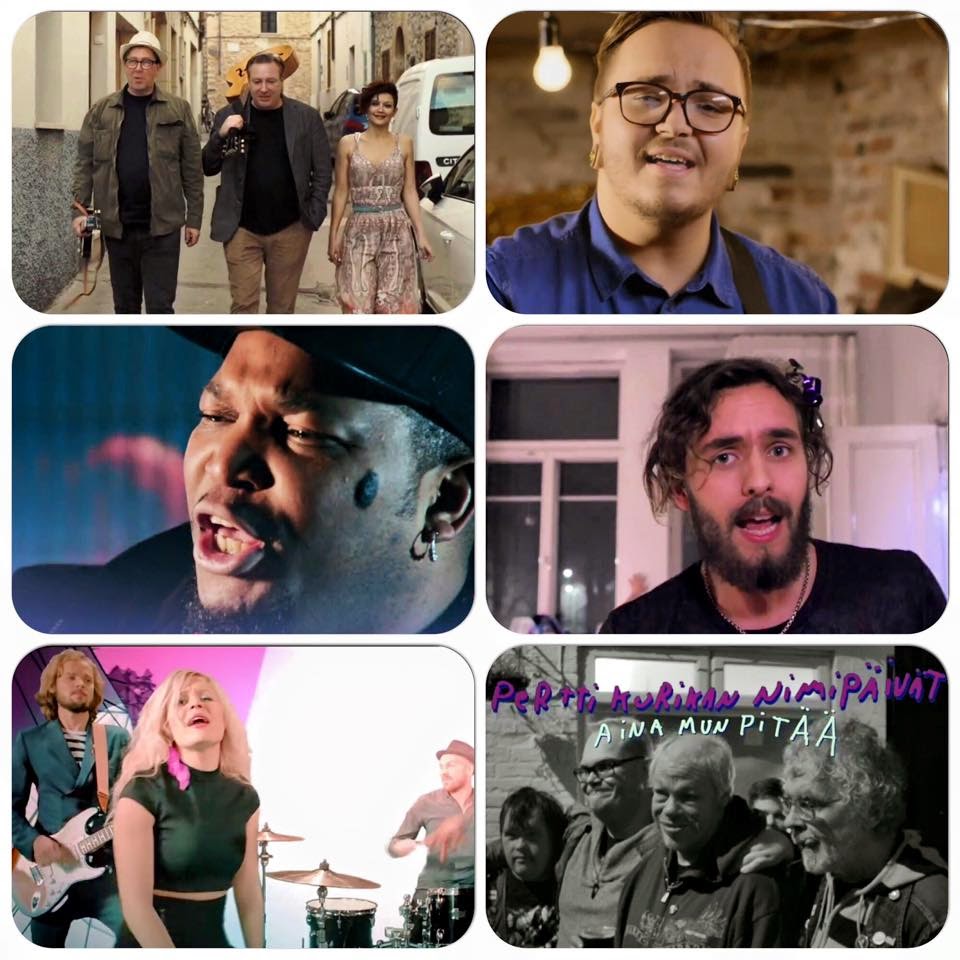 In the lead-up to Finland's Uuden Musiikin Kilpailu, myself and Blogilkar at Life After Helsinki 2007 will review all of the participating songs with predictions. Enjoy:

Hans On the Bass - Loveshine

Jack - This entry has a very laid-back feeling to it. It's cute! If Hans On the Bass perform it well, I'm sure we will see them in final. In fact the more I listen to it, the more I like it!! A winner? Hmm. Probably not but you never know! 4/5

Blogilkar - This would be easy to label elevator music but it's more than that. Actually the feel good factor comes across and makes me dream of palm trees and cocktails. Yes, this is once again one of those songs! But would it hit it home in Eurovision? I'm not so sure. But then it has some Anna Rossinelli vibes, doesn't it?  This could make the UMK final but probably it will be left out in this semi, and it's a shame. Maybe..  3/5

Jack - This is nice and quirky. He could make the final with a strong convincing performance but at the moment, I am predicting a non-qualification. It's also a bit too repetitive and I don't think the song is strong enough to make an impact. Not bad but not great either. 2/5

Blogilkar - The song isn't bad but there are so many similar around. He says his voice sets him apart from the others and indeed it does. Or rather his way of singing. One could argue is he raping the Finnish language in verses with his pronunciation and it's very close to being annoying rather than interesting. I like him but expected more from him judged on his previous efforts. Shame. 2/5

Jack - No voy a llorar por ti isn't among my favourites but it's okay. Could work live but could also be a disaster... A non-qualifier at the moment but I wouldn't mind seeing him in the final. Not a winner. 3/5

Blogilkar - As much as I like Latin music and have a fondness for Cuba and I kinda like this song something is missing. Or is it just misplaced? It's not very original, one of those 13 in a dozen but wouldn't be at all out of place in some compilation of relaxed Caribian sounds album. Eurovision? Simple just not strong enough and most of all wrong country. When I go to Cuba I'm more than happy to have this playing in the background when I sip my Cuba Libre. 2/5

Jack - OMG, I love this one! A super cute boyband, a great pop song and it's so catchy... what's not to love? Crossroads is a fantastic song and we should see them in the final of UMK and possibly Vienna, too! Satin Circus would be a great choice for Finland. 5/5

Blogilkar - Propably the biggest name in this year's UMK and a perfect act for Eurovision. A honest boyband pop act and song, a first for Finland if selected. Nothing to bad to say about this, it's easy on the ear and on the eye and an entry Finns can be proud of and expect a decent end. In short this is a perfect package. Depending on the staging this could do well even in Vienna. It will be harder to win in Finland first though. 4/5

Jack - I think this entry is fantastic. It's so hard to predict who will and who won't qualify, but I really think this song should. Pihka Ja Myrsky could even win the whole thing and I wouldn't complain if they did :-) They need to be great live though - otherwise it could be a disaster.. 4/5

Blogilkar - I really like the arrangement and the two singer mix is nice. The song is kinda nice, very 90s pop and makes me think of some French songs at that period. Yet it is also very Finnish one. But somehow I really want to like this band! Is this song strong enough for Eurovision? Propably not unfortunately but I will surely keep eye on them in the future (and dig deep into their past releases)! I'm a fan and hope they will make the final! 4/5

Jack - If polls in Finland are to be believed, this handicapped punk band could be the ones heading to Vienna. Definitely a potential winner, and if they do win UMK, the Finnish entry in 2015 would be one of the shortest Eurovision songs in decades. Aina mun pitää doesn't even last two minutes. They would certainly stand out in Eurovision whether it be for the right reasons or not.... This song is already dividing opinions. Some people think it's amazing whilst others label it as a disaster.. I'm in the latter category. 2/5

Blogilkar - Many in Finland compare this to Lordi and Conchita Wurst for being different and standing out for various reasons and for minorities. But they forget one crucial thing: both had a good song and Conchita can even sing well. PKN doesn't have a song, nor can they sing. Punk syndrome's place is not in the Eurovision and it proves YLE still isn't serious by letting this in the line up (or they are desperate for media attention after poor ratings in the previous years) And if we want punk with attitude, this one is zillion times better, for example. This could be a zero pointer in Vienna semifinal but it doesn't even deserve that. If they go, I hope they get 3 points and be forgotten, zero pointers remain in history books. Being handicapped doesn't justify being plain bad. 1/5

If you haven't heard the songs yet, listen here. Stay tuned for Part Two!
Posted by Jack Voda at 18:11