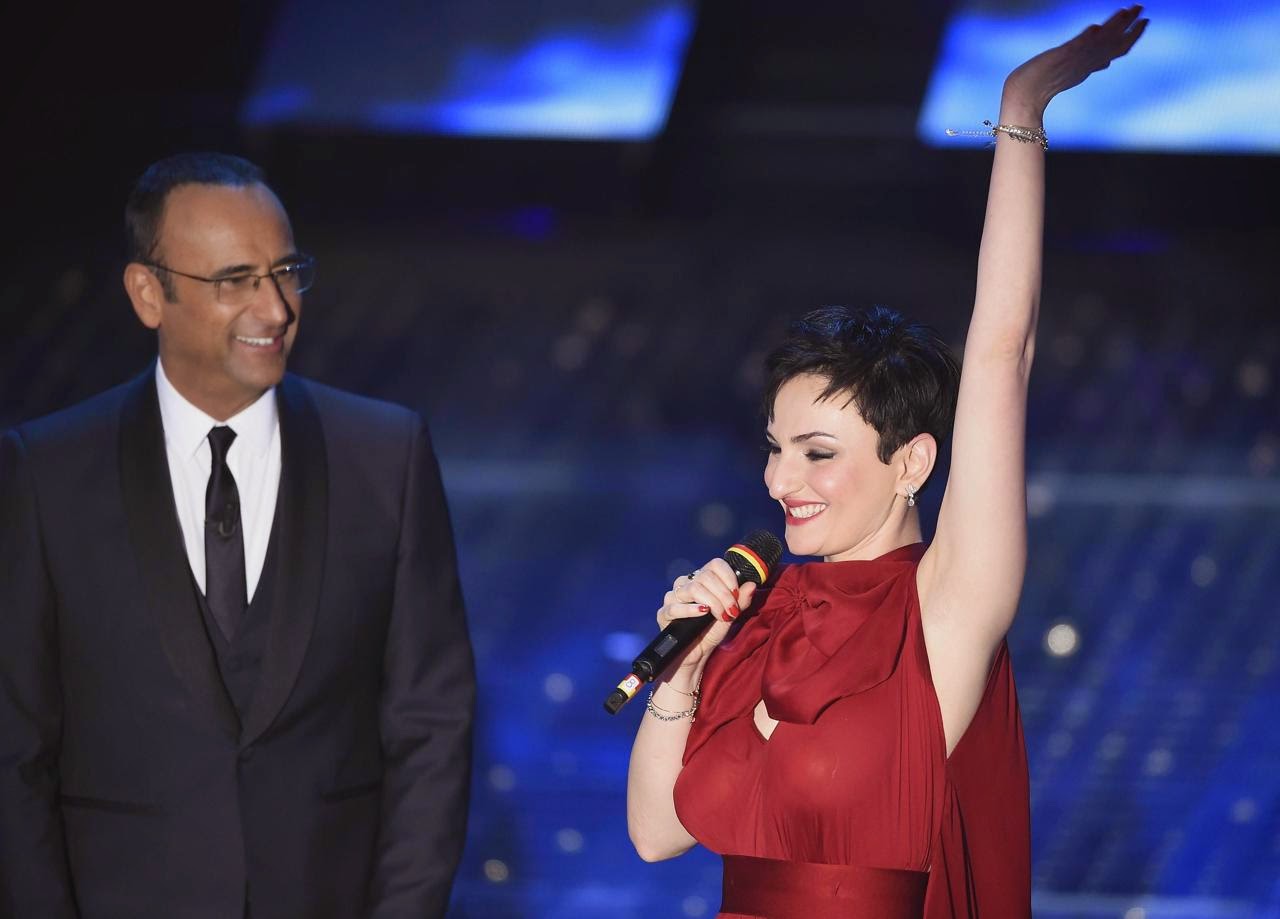 Arisa, who is co-hosting Sanremo with Emma Marrone, has said that she would love to participat in Eurovision if the winner of Sanremo isn't interested. She was openly annoyed last year when RAI internally selected Emma and not the winner of Sanremo. She tweeted "Shit! Wrong Year!" - Emma has even given her some advice. Emma said she should totally go for it but don't wear golden panies.. :-)

This begs the question even more, Will the winner of Sanremo or will Arisa represent Italy? Or could someone else be chosen? All we be known on Saturday. This blogger did watch parts of Sanremo last night and it was fantastic. Nek and Chiara were my favourites, will one of those fly the Italian flag? Apparently Nesli won the televote last night although that's not official. Lara Fabian faces elimination and I was so underwhelmed with her song. Yes, she has a fantastic and unique voice but the song was boring and so dated .. Sanremo continues tonight - the last remaining ten acts will perform and Conchita Wurst will also be there. Stay tuned for more news from Sanremo. I won't be live blogging tonight although my good friend at Life After Helsinki can provide y'all with amazing live reports here! Here's my favourite song at the moment..