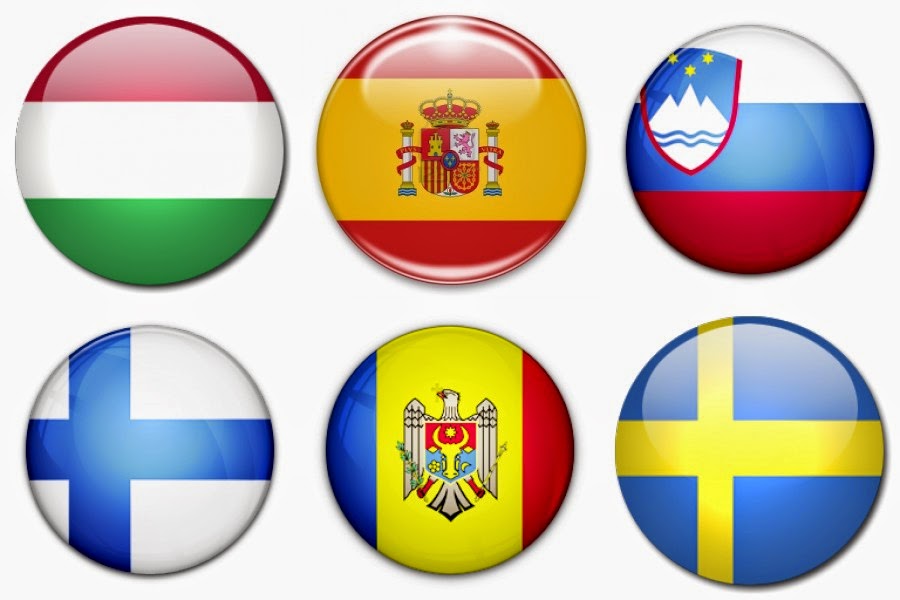 On Saturday, a total of four countries will select their entries for Vienna and Melodifestivalen will also continue with the forth semi final. The much anticipated Spanish entry will also revealed at 12:00 CET on Sunday too. So we've gout a busy weekend ahead of us!

FINLAND
The Finnish entry will be chosen tonight. Nine acts may be in the running although if the polls are anything to be believed, it' just a formality for handicapped band Pertti Kurikan Nimipäivät, Will they win? However Opera Skaala, Satin Circus and Shava also are very popular. I would personally pick either Satin Circus, Opera Skaala or Solju.
HUNGARY
Hungary also chooses tonight. My favourite is Kati Wolf - will she be picked and return to the Eurovision stage? No idea. I also like Ív and Passed. Boggie has been very popular with the juries.. so will the televote also support her? Ádám Szabó also isn't one to rule out. This is probably the hardest national final to call. I really look forward to see who they pick! Here's tonight's line-up:
SLOVENIA
Slovenia's song is going to be selected tonight. Eight acts are in the running however Maraaya and Martina Majerle both seem to the the immediate favourites with people. I also have a soft spot for Jana Šušteršič's song - so I wouldn't mind seeing either of those three win tonight. But how about you? Who do you think should fly the Slovenian flag this year?
MOLDOVA
I haven't followed the Moldovan selection much this year however I have heard some songs! I heard about Kitty Brucknell receiving only 88 votes on Tuesday and being eliminated, which I'm sad about however the song wasn't up to much really. Sunstroke Project are aiming to make a return to Eurovision tonight - can they do it? Ukrainian Eduard Romanyuta seems to be popular though but will the jury support him? Hmm... Doredos are also great. I don't have a clue who will win to be honest!

SWEDEN
The final semi final of Melodifestivalen is to be held tonight. Here is the line-up..
SPAIN
And finally. the long awaited Spanish entry is finally going to be revealed tomorrow at 12:00 CET. Edurne won't disappoint us. All we know about the song is that it's dramatic and with ethnic elements, and 100% in Spanish! In the meantime though, let's enjoy this awesome tune from Edurne!