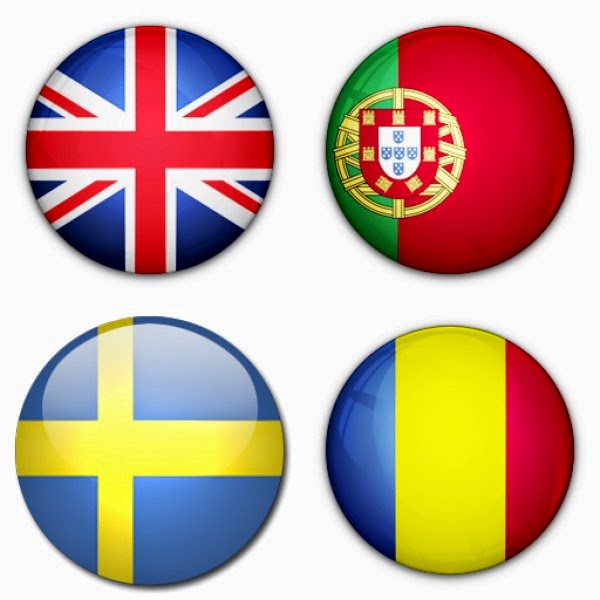 UNITED KINGDOM
The British entry will be revealed tonight! Eeeeeek! You'll be able to find out who is representing the UK at 21:30 GMT on the BBC's Red Button service. Viewers outside the UK will be able to watch the big reveal on eurovision.tv. There's not much known about the show itself apart from the fact that it'll include a short interview with our representative and Scott Mills. Here's hoping the UK doesn't disappoint!

PORTUGAL
Festival da Canção has been a three night affair this week with two semi finals taking place earlier this week. The big favourite, Simone de Oliveira, has apparently said she won't go to Vienna even if she does win the national final. These acts are in the running:


SWEDEN
Melodifestivalen's Second Chance Round will also take place tonight. This is how the battles are looking:


Who would you like to see make next weeks grand final?

ROMANIA
And finally, Romania will select their entry tomorrow night. Twelve acts will participate - who are you rooting for? Here's the running order:


I'd like to see Voltaj win but I think it'll be either CEJ, Lara Lee or Luminita Anghel who will fly Romania's flag in Vienna...