REVIEWING THE CLASS OF 2015: FINLAND! 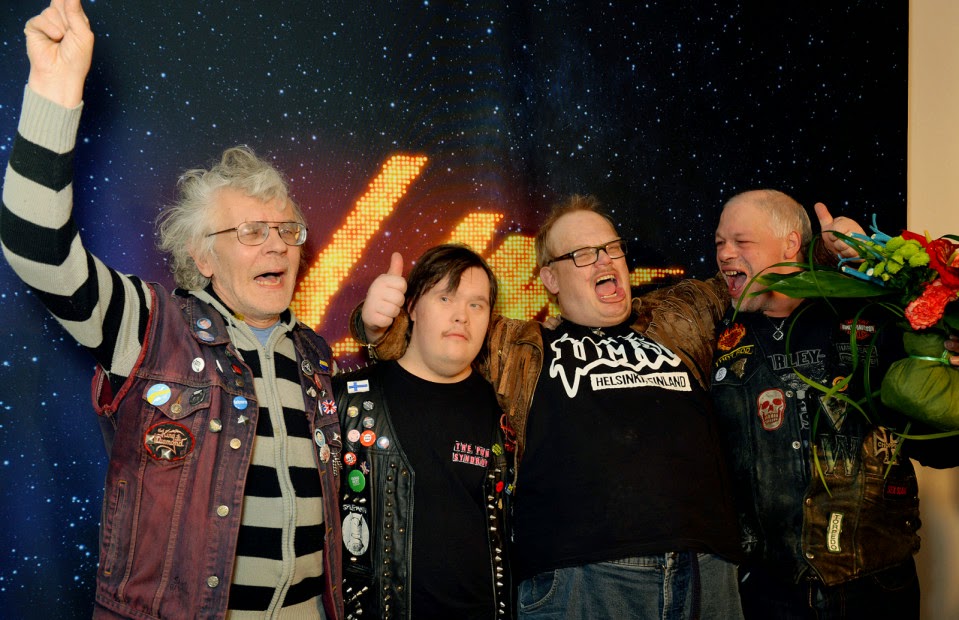 Finland's entry has raised some eyebrows. The handicapped punk group, Pertti Kurikan Nimipäivät, will stand out in Vienna and will no doubt be the most talked about for obvious reasons. But what about the song? Is it good enough? Here's what we think...

Ana: I absolutely respect the members of this band but I can’t say that their song is good and it’s even worse if you translate the lyrics. The only good thing about it it’s its length: only one minute and a half. I’m sorry for Finland but the 40th place in my top it’s taken for them. 1/10

Ilkar: This is an insult to other artists that took part in the Finnish selection. It's also an insult one can't even critizise them without being labeled a racist or not supporting handicapped people's rights. It has nothing to do with that. It's a bad song performed badly. They could have done so much better. I hope Europe won't fall for the trick to vote for the act, not the song. 0/10

Jack: What can one say? Of course I respect the members of the band -  this should go without saying although I somehow feel this needs saying encase I'm labelled as being disrespectful and harsh towards the members, That's so not that case whatsoever. I'd love nothing more to see Finland and PKN do well - IF they had a stronger song. For me, their entry is simply atrocious. Maybe I just don't get punk but it's 1:27 minutes  of noise... Sorry! 2/10

Jess: Well, PKN have great voices, however I am not a big lover of the song. 7/10

John: A throwback to the punk rock era of the mid-seventies this song would have been out of place in ESC even when punk was at its zenith . Four dacades later it is not only out of place but is proving also to be a painful assault on the aural senses of a very vast majority. Straight from the house of horrors . 1/10