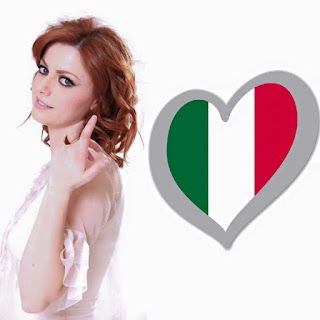 Ahh Italia! There's so many Italian artists who would be incredible in Eurovision so this was a pretty difficult choice however I think Annalisa would be the best choice for Italy next year.

Annalisa (also known as Nali) took part in Sanremo 2015 with this beautiful song and finished 4th:


In 2011, Nali rose to fame on the Italian talent show Amici di Maria De Filippi where she placed 2nd. Since then, she has had numerous hits, participated in Sanremo twice, received 3 Platinum discs and 3 Gold discs and has sold 225,000 singles. Europe would love her. She is always perfect live and could rock that stage in Stockholm with something like this Vincerò. Senza riserva is also beautiful. And so is Tra due minuti è primavera. Actually all of her songs are fabulous! Italy are really trying to win. Marco Mengoni, Emma, Il Volo... Will Annalisa be next? Unfortuantly, I think it's rather unlikely because she participated in Sanremo earleir this year - would she do it for the 2nd year in a row? Would she want Eurovision? Let's enjoy her latest single below...