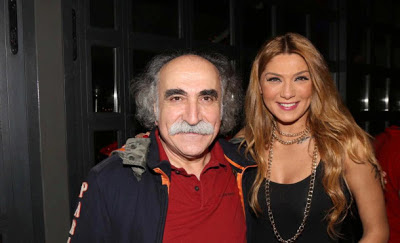 Tonight we will know the Greek representation for Malmo, as it's their national final - A MAD Show! The Greek broadcaster promises it to be a wonderful show as many international superstars are due to perform including Dima Bilan, Alexander Rybak and Rulsana.

I am personally hoping Aggeliki Iliadi will win but I think Koza Mostra feat. Agathonas have it in the bag, they seem to be topping all polls on the Internet and it's something the Greeks would normally go for, remember Opa?! I'm looking forward to seeing this and I will do a live-stream, maybe! Who's competing to fly the Greek flag in May?


Greece held their national final in a shopping mall last year so this year's combination will be of a much better standard because ERT and MAD TV are working round the clock to hold the best show possible! You can watch the show on eurovision.tv at 20:00 CET! Oh, and many Greek and international stars will perform including...


The best, she is beautiful and it would be the best decision for Malmo, in my opinion of course...