Germany: According to German newspapers - "Glorious" is stolen! 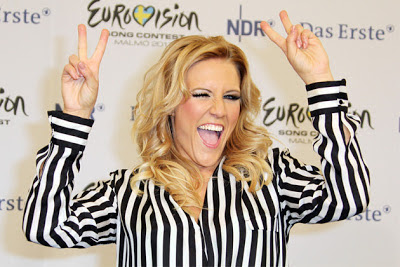 Cascada became victorious a few days ago with Glorious but will they keep that title? Will they make Malmo? The German newspaper, Spiegel, claims Glorious is almost identical to Loreen's Euphoria and is therefore jeopardising Cascada's position in the contest!

If the EBU sees this as plagiarism, then Cascada will not fly the German flag in Malmo! It pretty unlikely to happen but after the German press caused a stir, could the EBU really take this seriously? I hope not as LaBrassBanda came second and thus would go to Eurovision, which would not be good but at least the German radio stations would be happy!

Both songs are quite similar, yes, in, but it's not plagiarism in my opinion - Cascada is a dance act and Loreen is a newcomer. Tina John said...


"'Glorious' is like a copy of 'Euphoria' with small, subtle stylistic changes". Construction of the beats, vocals and dynamic break reduction agreed in large parts. "At the beginning of the song is absolutely identical, the chorus uses the same accent, the final culminating in an identical combination"

Do you think Glorious is plagiarism?