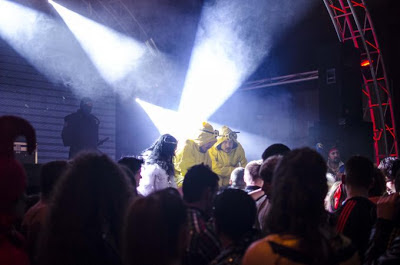 Around 150 people will feature in the video and it's going to be one of the biggest music videos ever recorded in Montenegro. Igranka (The Dance) will be released in March, through a special press conference - the song has been recorded in Belgrade and it's described as a happy, uptempo number!

Who See? will be joined on stage in Malmo with Nina Zicic! The majorty of fans are not optimistic (including moi) about this but the duo have informed the song will not disappoint and I hope they're right! One of their biggest hits, I wouldn't mid seeing them with this kind of song...