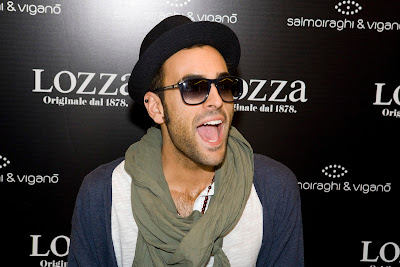 Marco Mengoni, the Italian representative, has announced through his Twitter page that he will be part of the Spanish jury - which will have a 50% say when Spain selects their entry, next week.

El Sueño de Morfeo will perform three songs on 26th February and the best one, hopefully, will go to Malmo! The outcome will be decided by the Spanish televote and a professional jury. I am hoping Contigo Hasta El Final will win - it's just beautiful! I also like the other two songs, and I think the Spanish will choose Atrévete. The Italian entry will be revealed in March - it's likely to come from Marco's new album and it's unlikely to be his Sanremo song. Viva ESDM!

One of these will be selected next Tuesday:


Update - This has been confirmed officially by the Spanish broadcaster. He will be joined with Rosa and José María Iñigo!
Posted by Jack Voda at 12:35