The Netherlands: Anouk to sing "Birds Falling Down" in Malmo! 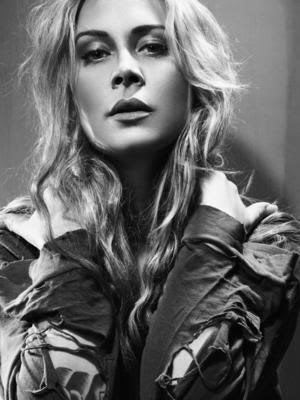 The Dutch song is going to be called Birds Falling Down. According to Tore Johanson, Anouks producer, the song is not winning material but it's original! The song wasn't written especially for the contest, it's going to be included on her new album - to be released in May. This news came rather unexpectedly.

Anouk's producer went on to say...


It is nice and big, but chanceless for victory. It’s complicated music with many chords. Not the kind of song that wins the contest. It’s written to be good, not to win the contest. It was Anouk who came up with the idea to use it for the song contest.

Maybe this is a clever move - maybe the song is winning material but they don't want to big it up, like France 3 did with Anggun last year! We will hear Birds Falling Down in March - I can't wait!

*Update (22/02) - Anouk has confirmed herself that the song is called Birds! She also commented...


I just heard that my producer Tore thinks our song is too good to win the Eurovision songfestival. Is that even possible?  Have Faith young Skywalker! The force is strong with this one :-)  By The way the song is called Birds and not Birds Falling Down. Have a Magnificent Day!


It is likely to be released 11th March (not official)...