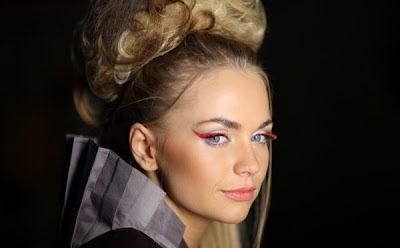 This is not official but it's seems that Solayoh is going to be the Belorussian entry for Malmo! Alyona Lanskaya has been working on several songs in London and they now selected the best one for Eurovision...

Solayoh is super - it has a really nice Latin feel. It has a really good vibe about it - will she be able to carry it off live? I have no worries on that front! She is a great singer and this will look amazing on stage... The song could do very well come May - ESC fans are already going crazy for it! Personally, I preferred Rhythm of Love but that didn't really have the appeal which Solayoh does.

However it's Belarus so there bound the be some controversy. The song was released on the internet and available in 2008!!! Yes, Solayoh is just a re-worked version of Soleo... I don't know if the EBU will allow this but if they don't, will she sing another song? Will they bring Rhythm of Love back? A new song? Anyway remember, Solayoh is not the official song for Belarus yet but she's likely to confirm later this week... Time will tell!