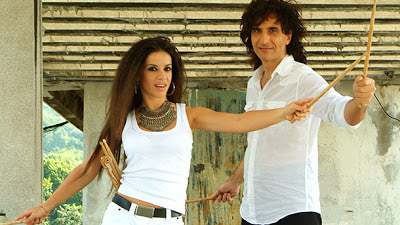 Kismet won the mini Bulgarian final last night, which came as a surprise, and it seems many Bulgarian and European fans are not at all happy with the decision... Oh dear!

Elitsa & Stoyan aren't too impressed with this either, especially Elitsa! Everyone (including myself) thought Samo Shampioni was going to win but it received a low amount of votes... And voted Kismet first! That's why it won, because the Bulgarian public voted for it... but did they? According to sources in Bulgaria and Bulgarian forums, hardly anyone voted for the song. Was it rigged? I think there is going to be one heck of a backlash and BNT may have to carry out an internal investigation. Remember Belarus 2012? And what would happen if Elitsa & Stoyan complain? Samo Shampioni could still make Malmo!

Personally I like the song, but I'm among the minority here! Kismet is the winner, for now...