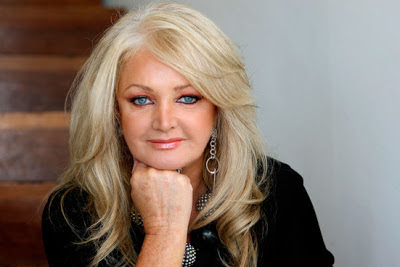 Bonnie Tyler has been confirmed as the British representative for Eurovision! She will fly the Union Jack flag in Malmo with the rock ballad Believe in Me!

I am rather surprised with this - I thought the BBC would go for a talent show cast of like Alexandra Burke... Which would've been OK but Bonnie is just amazing  she's a legend! And it's not Kimberly Walsh... HURRAH! I don't know how she will do in Malmo, maybe top 10? She can certainly hold her own live - unlike poor Engelbert who messed it up for us! She does have a big fan bass across Europe, so hopefully they can hopefully help us...And, she can perform live - that always helps! ^-^

British press are not too pleased (when are they?) saying "Holding out for a zero" - HAHA! You gotta love the British press. The BBC has officially confirmed this informing fans...


“Bonnie could easily finish in the top 10 with this power ballad. She has decades of experience so should be able to pull this off with a plomb.


"I am truly honoured and delighted to be able to represent my country at Eurovision, and especially with such a fabulous song,"

Listen to our entry here - I get a very Swedish feel to this song!