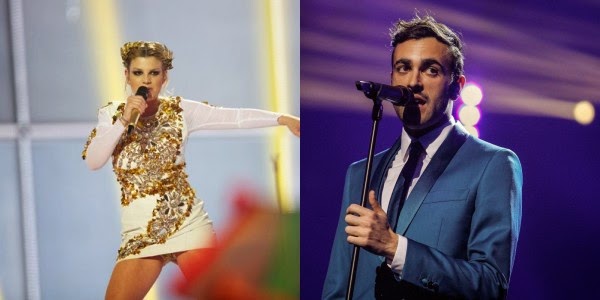 In 2001, the Italian Music Awards were introduced to recognise achievements in the Italian music business - both by domestic and international artists. This years edition was held a couple of days ago where Emma and Marco Mengoni both received awards. They are two of Italy's biggest starts and represented their country in 2013 and 2014, respectively. This proves a bad result (in Emma's case) does not come with any stigma, like in other countries... Marco also won MTV Best Italian Act last November. Other artists that were awarded include the amazing Giorgia and Laura Pausini.