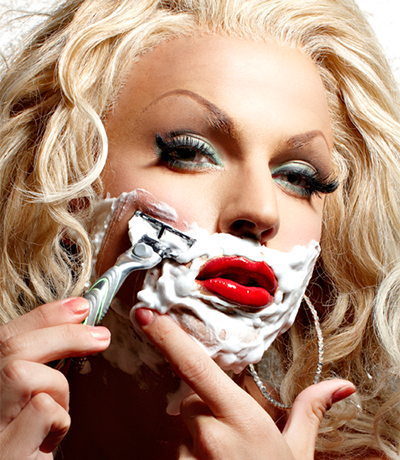 It's been little over 24 hour hours since Australia announced their presence in Vienna, and the rumour mill of who will represent the country from Down Under is already in full swing. Of course people are saying Australia should send a big name such as Sia, Kylie Minogue, Jessica Mauboy and Samantha Jade but a more realistic choice could be Courtney Act. ESCToday reports the drag queen is keen to fly the Australian flag in Vienna. She was a semifinalist on Australian Idol in 2003 and also appeared on RuPaul’s Drag Race. She posted this on her Facebook page: 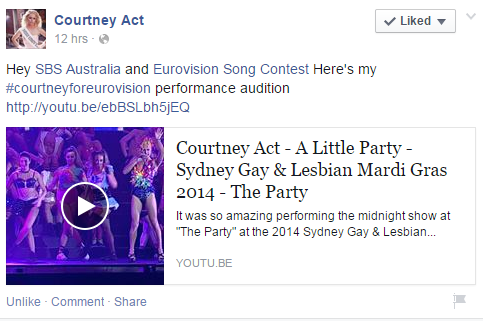 Another drag queen to grace the Eurovision stage? After yesterday's shock announcement, anything is possible!
Posted by Jack Voda at 18:38