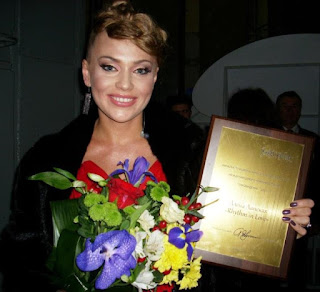 Alyona Lanskaya is currently in London, recording her new ESC song! This is because Belorussian broadcaster has decided to change their song once again, as per...

No information about the song itself is known but we should know more pretty soon... She is having vocal lessons with Kim Cnandler! The Belorussian entry for Malmo is being recorded at the Abbey Road Studios - which is apparently one of the most famous recording studios in the world, I didn't know that!

I hope we get to hear the song soon. This is not the first time Belarus has changed their mind, they did so in 2010, 2011 and 2012 too! She does have potential and a pretty nice voice, so don't rule Belarus out just yet!

Here is the song which will never make it...