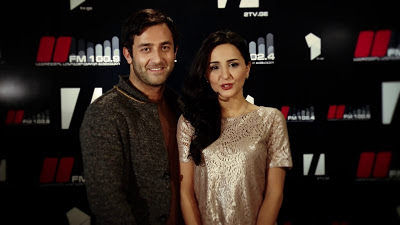 Yesterday a snippet of the Georgian entry was released on GDP! It seems they are copying the Azerbaijani entry from 2011... The Georgian track is called Waterfall and has been composed by Thomas G:son, is it time for ESC to be held in Tbilisi?

Sophie Gelovani and Nodi Tatishvil have been interally selected by GDP, will the become the second Ell&Nikki? I am looking forward hearing it now - the song is going to be released in a few weeks!

It sounds promising, judging by this snippet alone, but it's a shame they sing in English! Georgian will not be heard in the contest for atleast another year...Ah well! Looking forward to hearing their entry? It could be something quite special..