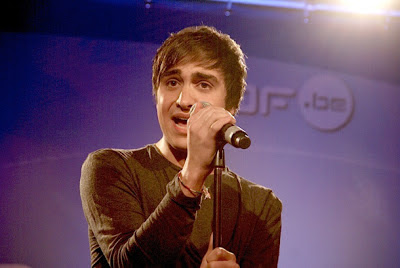 When Belgium decided to send Love Kills it received lots of criticism but Roberto confirmed they will re-work the song to make it better! Bellarosa is in Finland recording it and the song should be ready in a few weeks... Apparently this new version will have more appeal and dance elements!

This entry was heavily criticised over his vocal, the song itself, the attitude RTBF has towards Eurovision (as they also sent poor songs, a matter of opinion of course!). In other words nobody was happy with Love Kills so they decided to change it! Good call! Zlata Ognevich is also re-vamping Gravity!

I'm still mad they didn't pick Reste Toi! Let's remind ourselves of the original version, as if you could forget...