Romania: Geta Burlacu and Luminita Anghel both in the Romanian selection! 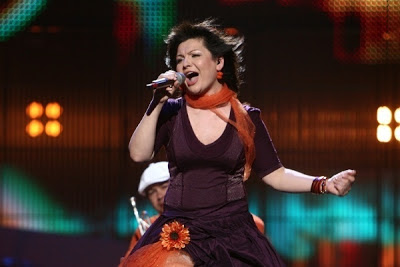 Past participants Luminita Anghel and Geta Burlacu are in the running to represent Romania! They join Electric Fence, Natalia Barbu and Naomi have also entered the competition... It's going to be an epic show!

After listening to what's on offer, I really want Electric Fence, Natalia Barbu or Geta Burlacu to win - I love their songs! Luminita Anghel's song is very underwhelming, it's just awful and has nothing special... She does have an awesome voice and with a good show could make it - but the song really does suck, in my opinion!

Geta decade to enter the selection because of the Moldovan rules, which have proved very controversial as Natalia Barbu publicly expressed her opinion! They both decided to send their songs to Romania instead of Moldova, why should they share their songs? I think the Moldovan broadcaster should review this for next year...

The final will take place 9th March will several heats before that...