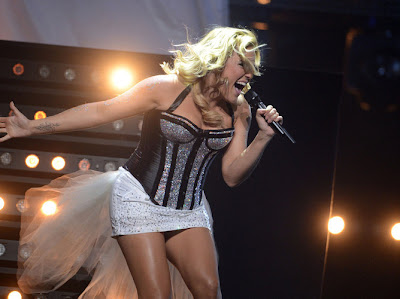 At last we can put this debate to bed - I'm fed up of everyone saying it's a copy when it's clearly not! NRD, the German broadcaster, called in plagiarism expect Matthias Pogoda to see weather Glorious really is a copy of Loreen's Euphoria!

She concluded that both songs are similar but there is no plagiarism here - thank god! After Cascada won the German national final, a couple of weeks ago, a German newspaper stated that the song was a clear copy of last years Swedish winner! I think it's a good idea NRD decided to get an expert opinion - now all this controversy can hopefully be put to bed! Pogodoa confirmed...