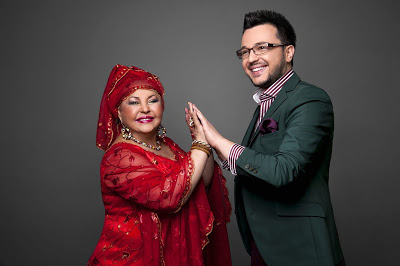 The Macedonian song has had such a positive reaction throughout Europe but it's already had loads of criticism back in FYR Macedonia! Esma Redžepova and Vlatko Lozanoski will work on the song and present a new re-vamped version before 18th March...

The Macedonians are really not impressed with Imperija - I can't see why, I think it's awesome! Maybe they could give the chorus a revamp - that would be a good idea but the rest is fine as it is, in my opinion! The impressive music video was removed from YouTube yesterday as it "doesn't present Macedonia at its best" - according to MRT but has not been uploaded again and again by fans! The video itself has also had mixed reviews in FYR Macedonia as it features controversial sites... I don't know whats going on there!

Here is the original version...