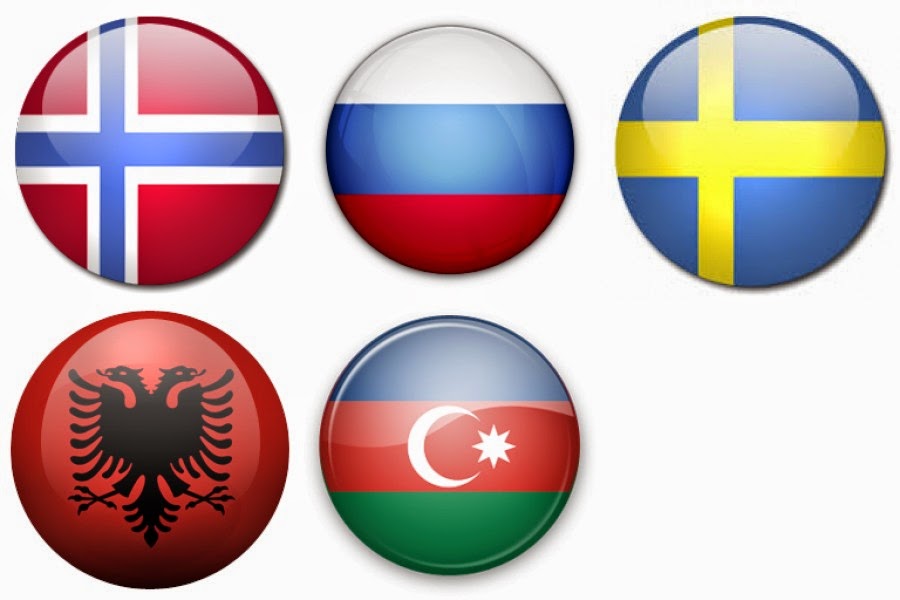 It's the last weekend of the 2015 national final season. Sad times! Sweden and Norway will select their entries tonight; and tomorrow the entries from Azerbaijan, Russia and Albania will be presented. San Marino and Australia will follow on Monday....

SWEDEN
It's the night everyone's been waiting for. The grand final of Melodifestivalen 2015! Twelve acts will be figting for the ticket to Vienna but I think it's going to be a three horse race between Måns Zelmerlöw, Eric Saade and Jon Henrik Fjällgren. Maybe. Here's an in depth review of the songs.


NORWAY
Let's not forget Norway. MGP will be a one night affair this year, as the semi finals have been scrapped. I think Mørland & Debrah Scarlett will win. Their ballad is very strong and proving to be the favourite with the bookies. My first choice would be Alexandra Joner though. Her song is great fun. I also like Erlend Bratland and Staysman & Lazz. Is a well-done pizza on the menu for Norway tonight?

....AND ON SUNDAY?
Reports say Elnur Hüseynov will represent The Land of Fire - but nothing is official yet. We'll know Azerbaijan's representative and song tomorrow.. I expect great things from them! Elsewhere, Elhaida Dani's I'm Alive will be presented. And if that wasn't enough, the Russian entry is also going to be revealed..
Posted by Jack Voda at 00:00