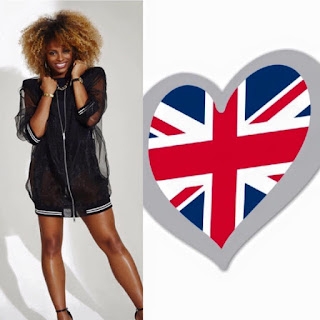 Of course there are numerous acts who I think would make brilliant representatives for us next year but the name who I want to see the most for the UK is Fleur East.

Last year, she came 2nd on The X Factor and subsequently earned herself a massive fanbase. Fleur signed to Syco Music earlier this year and will release her first single, Sax, later this month. It will feature on her debut album which will be released next month. As previously reported, the BBC will hold an open national selection aimed at undiscovered talent so it's unlikely we'll see Fleur in Eurovision but one can dream. Her version of Uptown Funk became a number one on iTunes. See why below..


She sings, raps, dances and with the risk of sounding like Louis Walsh - she has the whole package! Wouldn't it be awesome if she took the plunge, entered our national selection and won?