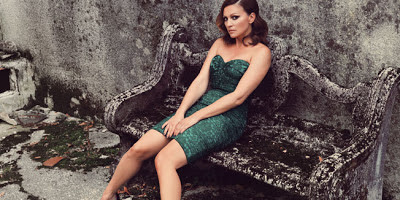 Bosnia decided to pull out of this year's contest thanks to financial problems but Nina Badric (who represented Croatia in 2012) was in discussions with BHRT and apparently, she was willing to foot the bill.

Nina spoke to Finally Friday about her time in Baku - she said it was a horrible experience and her team just didn't seem to "function". She also commented on the Serbian and Bosnian delegations informing how their delegations were excellent.

It would've been awesome if she would make a return after one year, like Valentine Monetta. She also informed Life After Helsinki 2007 that the "Klapa" gerne should represent Croatia in Malmo - read that here! The Bosnian participation was up in the air as sister channels offered to pay the fee's but that all fell through unfortunately!