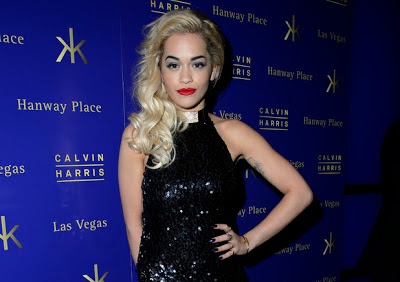 Rita Ora stated a few days ago that Eurovision would've ruined her career, if she made Moscow! She auditioned back in 2009, when the BBC held open auditions, but decided to withdraw (thankfully) from the selection even though she was picked for the live shows.

You can see the audition here. Rita Ora, who comes from Kosovo originally, started the feud as she said...

"Imagine! If I'd stayed, it would probably have been all over for me. At best, I'd be a contestant on that diving show…?' Splash!? Yeah, Splash! I love that show."

How rude, Ora has turned into one heck of a diva! Jade Ewen, who came 5th for the UK, hit-back on Twitter where she defender herself and her achievements...

"Easy to mock when you are enjoying success. Eurovision and splash? Proud of both Some manage to sleep their way to success some have morals"

MEOW! Rita Ora is yet to comment further on the matter.

Rita Ora is likely to be a judge on the UK's X Factor this year apparently too! Here she is performing last year on the TV show...