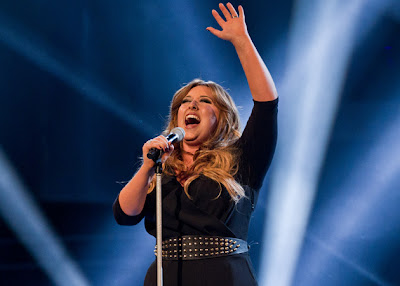 Earlier today, Graham Norton confirmed the British entrant would be revealed on 18th March but there has since been further developments, apparently! Leanne Mitchell, who won the British version of The Voice last year and rightfully so!

The BBC is yet to confirm anything, as per, but I wouldn't be too shocked if she did represent the UK in Malmo! Her debut single bombed and didn't even make it into the Official Charts Top 40, so she doesn't have much to lose! Now this comes from Wikipedia, which I know isn't the greatest source, but I have a feeling it will be her..

BTW - Latvia is almost finished, who will win? Stay Tuned....