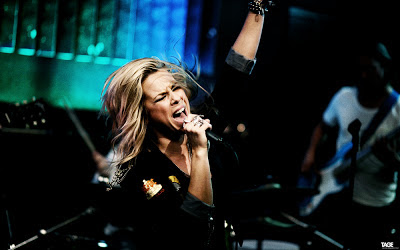 Marry Me is being used as part of an advertising campaign for weddings in Spain! Could this be an omen? Loreen was played vigorously in Spain last year and looked what happened...

YLE were at first worried about this, because the song belongs to Universal Music however they are more than happy to have it played over in Spain - Siegfrids thinks it will be great for advertising the song on a larger scale.

Krista will give a Europe wide tour before the contest including the Eurovision Concert in Amsterdam, which is set for 13th April. You can watch the advertisement here! Finland never usually goes for this kind of song so I was shocked (pleasantly shocked) Krista won! Oh - and she also topped the televote, not just the jury! DING-DONG!