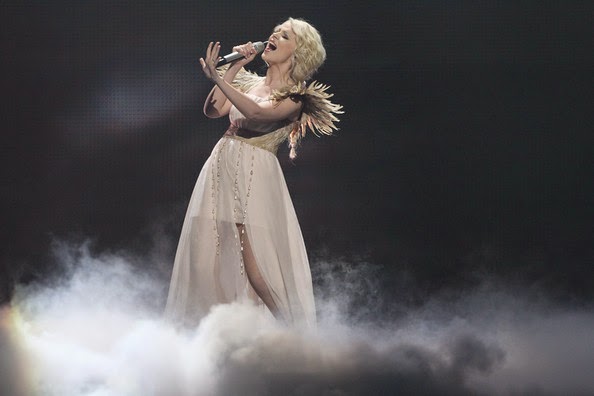 The world of Eurovision was shocked and deeply saddened to learn about Ukraine's withdrawal yesterday, however maybe there is another way for the troubled country. Timofey Nagorny is a well-known and very successful Ukrainian prouder - and guess what, he is willing to fund and organise the Ukrainian act for Eurovision 2015! Speaking to “Komsomolskaya Pravda”, he said:


If NTU cannot organise the selection, I am willing to do it for them. I am ready to pay all the expenses for the preparation of the act, who will be able to represent Ukraine at the international competition. I do not even have to like the candidates. I can’t guarantee Ukraine first place, but the top ten I can guarantee.

Nagorny has been involved with Eurovision before. Back in 2011, he was partly responsible for Mika Newton's Angel. The Ukrainian music producer wants to show Ukraine in a positive light:


I believe that Ukraine should participate in the Eurovision Song Contest. Our country should give the world some positive news beyond the battlefield. And if you make a good show, choose a serious song, it will not look vulgar and out of place. Before disclosing such a decision, NTU should have thought things over, weighed them, and most importantly, consulted with the people.

Will NTU, the Ukrainian national broadcaster, accept his offer? I certainly hope so!
Posted by Jack Voda at 18:21