Where Are You? Andorra! 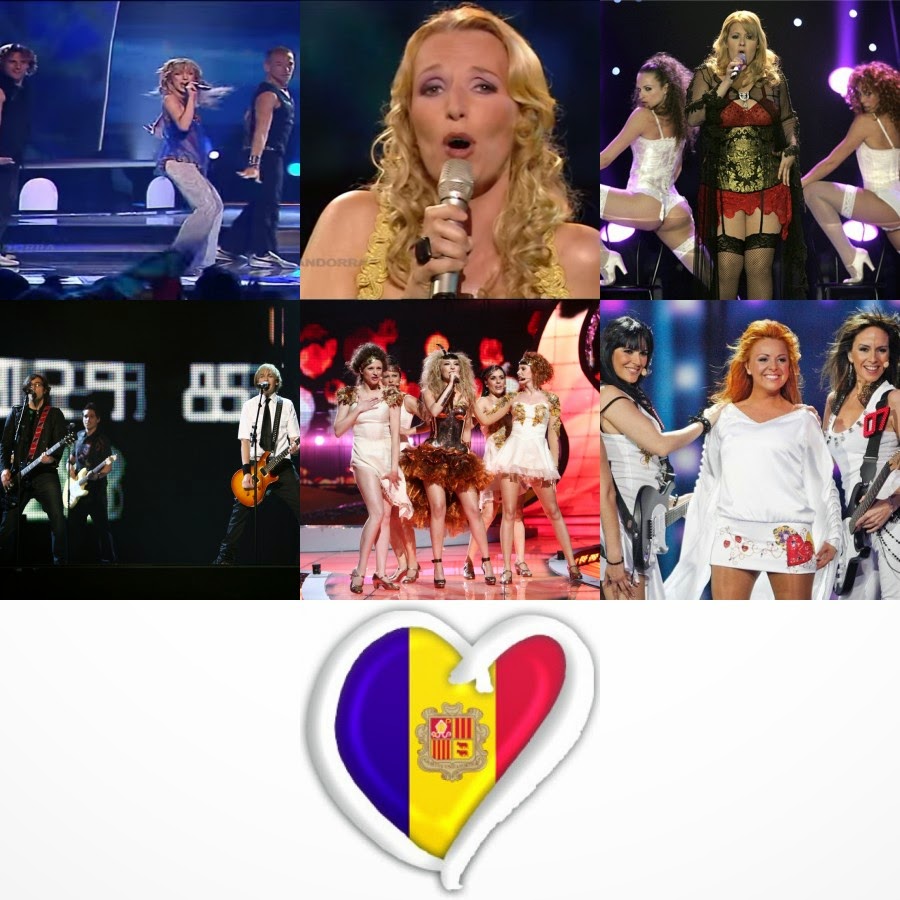 With 40 countries set to compete in Vienna, we shouldn't forget the countries that won't participate! Throughout this little series, I'll be looking into the nations who won't be sending a representative to the contest this year. And Andorra are up first!

The landlocked principality debuted in 2004 with Marta Roure however she was unsuccessful and failed to make the final - throughout the following six years, Andorra's luck didn't change. If the Czech Republic qualify, then Andorra will be the only country never to have made a Eurovision final. This is of course if you don't include Lichtenstein, Vatican City, Kazakhstan and Kosovo who are all yet to even participated in Eurovision.... I personally feel most of Andorra's entries deserved to have qualified. Their efforts in 2005, 2007, 2008 and 2009 were all great. In 2007, Anonymous managed 12th place in a field of 28 which is pretty good. And in a year of two semi finals, Andorra would probably have qualified. San Marino already proved last year that microstates can make the final IF the song is good enough. In 2010, Andorra said enough was enough blaming finance difficulties and withdrew, they haven't been seen since... RTVA, the Andorran national broadcaster, were even considering leaving the EBU at one point but decided to stay in the end.

Wouldn't it be amazing if RTVA did return? This blogger would be thrilled! Susanne Georgi has also stated she wants Andorra to return. I can't see it happening although we should never say never. Who would've thought the Czechs would return? And did anyone expect Italy to return in 2011? If they did make an unexpected comeback, who should represent Andorra? Patxi Leiva or Marian van de Wal would be on my wishlist. It remains to be seen if Andorra will be back next year, it does seem unlikely though, so let's enjoy their entries...