REVIEWING THE CLASS OF 2015: BELARUS: 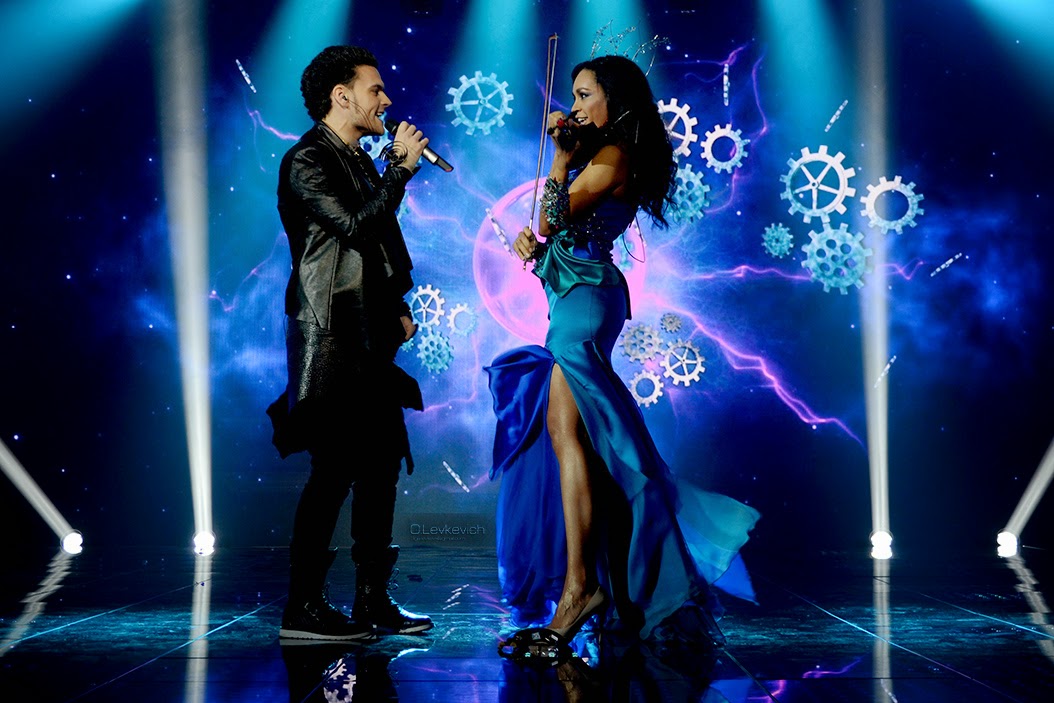 Uzari & Maimuna won Belarus's national final back in December and I think it's fair to say that we were all rather surprised. Will Belarus qualify? Here's what we think about Time...

Ana: At the beginning I didn't like this song but after the revamp it has really grown on me. It’s quite catchy and modern and I love the mix of the pop sound with the violin. It may not be a winner entry but they definitely deserve to be in the final.  8/10

Ilkar: This was my favorite in Belarus and I think it's a pretty good one. The violin works magic for this, it's catchy. The arrangement for the rest isn't the most original one, nor he isn't the best singer in the world perhaps but all in all it's a fine effort. And I want to see that hourglass on stage and Uzari running three minute on treadmill to reach it in time.... 7/10

Jack: At first, I didn't like this entry whatsoever. I just found it annoying and also because they beat MILKI in the national final.. I'm still gutted they didn't win, I can't lie. Loved MILKI! Anyway, the new version of Belarus's entry is actually rather fantastic and they deserve to qualify. It's no winner but a song Belarus can be proud of. I hope it won't become a mess on stage. I like it. Will they take that giant egg-timer to Vienna? 7.5/10

Jess: All I can say is I just love this song! It is really catchy and Uzari & Maimuna work so well together! 10/10

John: Aside from Koldun's 6th place entry back in 2007, Belarus is another example of a country that has failed consistently to make any impression on the Eurovision audiences. Urazi & Maimura with Time is, I fear, going to continue that trend. Much as I would like to say otherwise, there is really nothing to redeem this from inevitable failure. 2/10