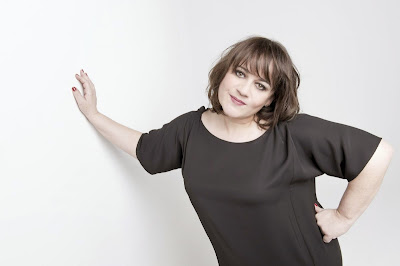 TWIN TWIN (Oh yeah!) finished in last place in Copenhagen so the French will naturally be hoping to do a bit better this year. Will Lisa's Chanson see France achieve a respectable position? Or are the French stuck in the past? Here's what we think about France's effort...

Ana: This song has grown on me since I listened to her singing it live but not enough to say that I like it. It’s not a bad song and her vocals are perfect but it’s very boring and forgettable. I think that only a little part of the audience will like it enough to vote for it. 3/10


Ilkar: Oldfashioned? Yes. But therefore also very refreshing and welcome. She sings well, she knows her role and the song is one of those real songs not composed by a computer programme. With added message. This needs no gimmick. All we need is Lisa on stage flawlessly belting out her song. 8.5/10

Jack: When Lisa was selected with this song, I did feel a tad underwhelmed as I know France can do better than this. Why couldn't they send TAL, Indila, Kendji Girac, Shy'm or someone like that? I guess France has the same problem as the UK though. Big names just aren't interested in Eurovision... anyway, it's not a bad song. Maybe a little bit boring but she does perform it brilliantly! And her voice is flawless live! I don't think France will reach the top ten in Vienna but she could do well. Maybe. Juries will like it but the spark just isn't there for me! 5/10

Jess: Lisa has a lovely voice, and I believe that the song suits her voice rather well.. 6/10

John: One of France's strongest efforts from the last decade or so is almost like a blast from the past. Not unlike the typical French "chanson" from the heydays of the 60's and '70's but with a contemporary feel, the song builds gradually to a very full and satisfying finish. 7/10