REVIEWING THE CLASS OF 2015: GERMANY! 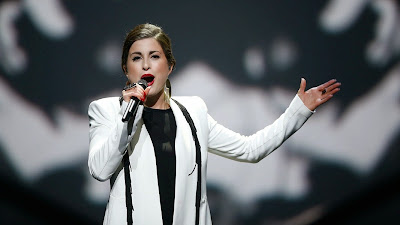 We all remember watching the German national final. The winner, Andreas Kümmert, said danke aber nein danke to Eurovision and therefore the runner up is going to Eurovision. Ann Sophie also won the newbies category prior to the national final, as did Elaiza last year. Here's what we think about the German entry...

Ana: It’s a nice and modern song but what I like the most of this entry is Ann Sophie’s attitude which reminds me of Lena (Germany 2010 and 2011). She loves the camera and the camera loves her. Germany goes straight to the final and I think that they can do well even though this isn't a winner song. 8/10

Ilkar: The way she got to Eurovision is weird, and it's weird how much she reminds me of Lena. Maybe she's Lena's auntie, what do I know? The song is pleasant and catchy, and she does perform it with gusto. But the final spark is maybe missing.... 6/10


Jack: Black Smoke is one of my favourites this year. Even though Ann Sophie said she doesn't like being compared to Lena, you can't deny the simulates between the two. I hope the Germans do well in Vienna - but I have no idea where she will place.... There's potential. 7.5/10

Jess: Ann Sophie has such a brilliant voice, and Black Smoke is such a great song! 7/10

John: The affectation in Ann's voice is quite irritating - but the same could be said of about 35 of the other singers in this year's ESC line-up. In all other respects, the song is rather infectious (you might just find yourself humming it unintentionally!). The memorable tune and the rather energetic performance - might well stand in favour of the German entry.  7/10